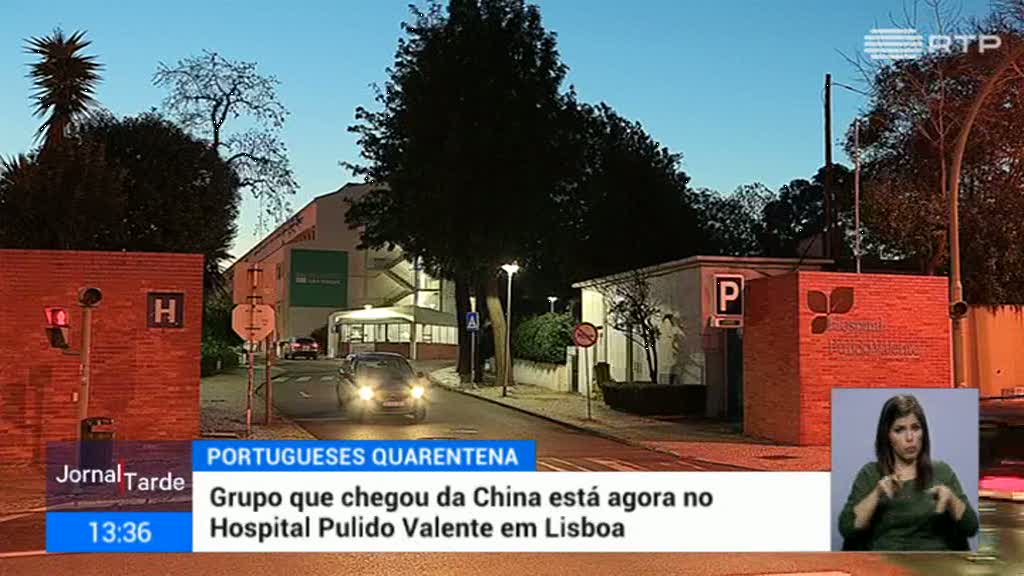 18 Portuguese and 2 Brazilians airlifted out of the coronavirus epicentre of Wuhan two weeks ago were given the final ‘all clear’ by doctors monitoring them in quarantine, and have returned to their families.

The moment everyone was hoping for came on Saturday, hours after tests on the 7th suspected case of the potentially deadly virus – a child returning to Portugal from China – came back negative.

Director general of health Graça Freitas announced the good news, saying a second line of hospitals are currently being prepared in case Covid-19 develops into an epidemic.

So far, so good. Portugal is one European country that has not yet registered any cases – in part due to the extraordinary measures being taken voluntarily by the sizable Chinese community.

Says TSF radio, “Portuguese health authorities haven’t made demands, or even given any advice, but the League of Chinese in Portugal has been asking all Chinese nationals coming in from China, even if they’ve set out far from Wuhan, to stay in isolation” for a period of no less than 14 days.

For many who live with other family members or workmates, this would normally be impossible – but help has come in the form of creative thinking. Explained the community’s figurehead Y Ping Chow, wealthy Chinese who purchased large properties in order to get Golden Visas but do not actually live in them have offered the luxury accommodation to fellow countrymen who need to self-isolate.

Some of these properties can take up to 40-50 people, says TSF.

How many Chinese are currently self-isolating is unclear.

Y Ping Chow tells TSF that the houses available in Lisbon “are all full, and naturally, as time goes on, more and more Chinese will be arriving”.

Chinese restaurants in the capital are ensuring that those in quarantine get enough to eat – apparently leaving meals on the doorsteps of the golden visa properties three times a day.

The resourceful League is also dealing with laundry requirements.

Meantime, borders agency SEF has extended the visas of 65 Chinese who arrived in Portugal in November to prepare for the Tokyo Olympics.

The national rowing team flew in from New York and had been due to return to China on February 1.

The team will now be able to stay here, practising for the Olympics, until April.

TSF explains that the team’s greatest fear was that if it returned to China, its members might not be allowed to leave again in time to take part in the sporting event that starts in July. Various sporting fixtures have already been cancelled in China due to Covid-19, while a number of conferences and meetings in Europe have also been pulled as the total number of people infected with the virus worldwide has officially be tagged at 64,544,