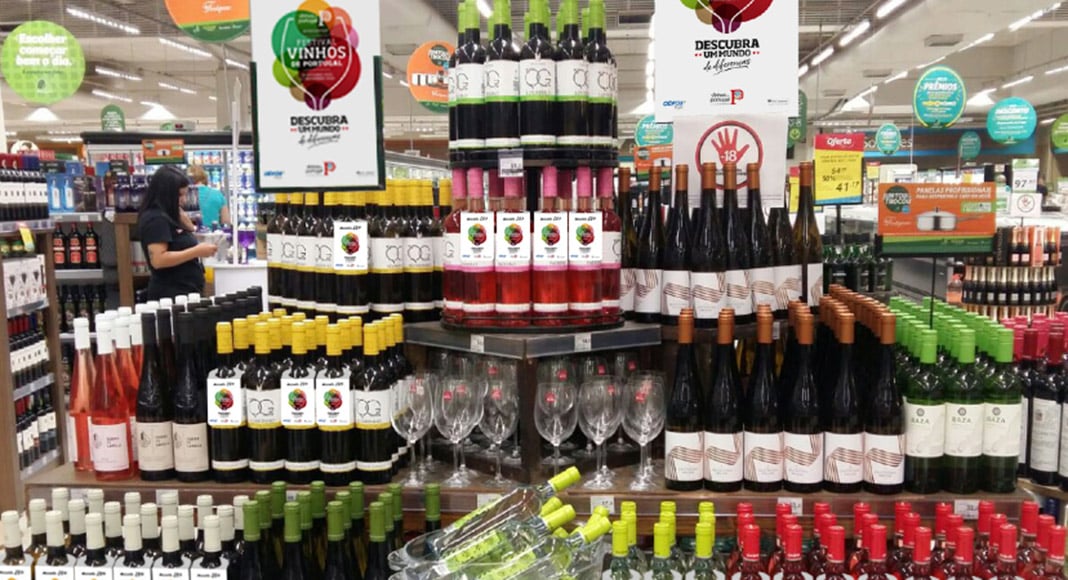 The initiative, entitled ‘Festival Vinhos de Portugal’ (Portuguese Wines Festival), will see over 1,500 Portuguese wines promoted at over 2,500 major supermarkets across Brazil as well as two of the country’s largest wine websites between October 23 and November 1.

Says ViniPortugal, large retail outlets such as supermarkets accounted for nearly 70% of all wine sales in Brazil in 2019 and 31% of the sales of imported Portuguese wines.

Hopes are that this promotional campaign will help spread the word about the quality of Portuguese wines.

“Brazilian consumers have been showing an interest in getting to know new varieties, new regions and different kinds of wines. Portugal has diversity and a wide range of wines to offer, which Brazilian consumers are not unaware of due to the history of initiatives we have been carrying out in Brazil but also due to the large number of tourists who elect Portugal as their main international destination,” said ViniPortugal president, Frederico Falcão.

“This is why we chose to host this festival, adjusting it to these atypical times we are living, which shouldn’t stop us from continuing to promote the quality of Portuguese wines abroad.”

Portuguese wines are the second most imported in Brazil since 2016, according to ViniPortugal. In fact, wine exports to Brazil grew 16.8% in the first half of 2020.