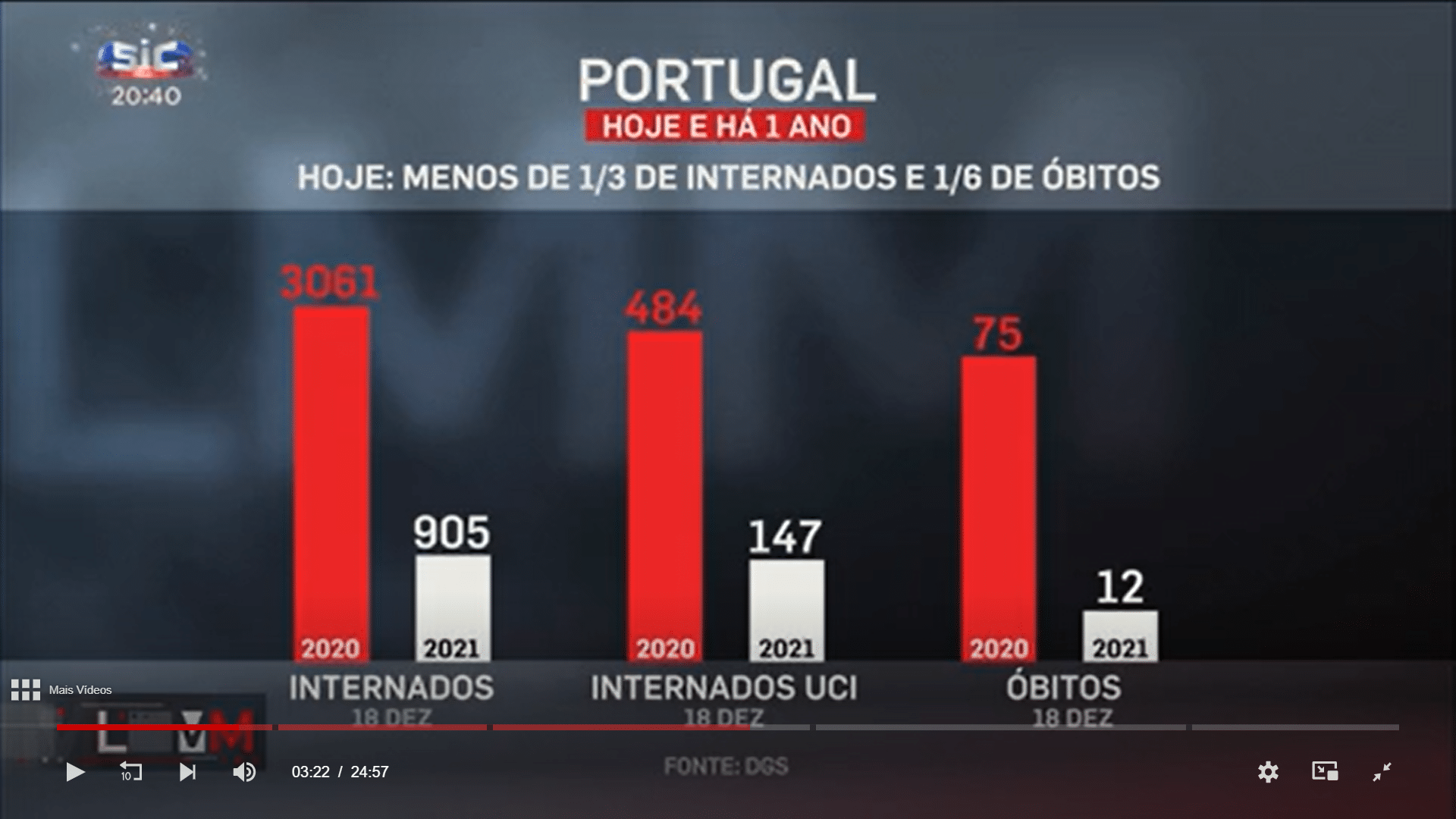 As Europe descends into a spiral of conflicting narratives over Omicron, Portuguese media is giving airtime today to the warning that we should be ‘locking down’ (or sitting-out through what has been dubbed ‘a week of containment’) a week earlier than planned.

In his opinion, these should include bringing forwards the week-long ‘pause’ scheduled to run between January 2-9, and “reviewing some measures like the opening of establishments like bars and discotheques”.

The risk this year, is not about a danger to public health, he stresses, but about the possibility “of elevated pressure on the SNS health service”.

As British radio presenter Julia Hartley-Brewer has remarked, “we are basically being told that our sole purpose on this planet is to protect the national health service”.

The problem is this message it is not being borne out by data – neither here nor in UK.

Only last night television commentator Luís Marques Mendes presented an easy-to-understand bar chart to show how much better off hospitals in Portugal are this year compared to the situation 12 months ago.

Taking December 18 as his point of comparison, the State advisor and former PSD leader explained that last year, there were 3,061 people in hospital with Covid, 484 of which were in intensive care.

This year, the corresponding numbers are down to roughly a third: 905 in hospital, 147 of which are in intensive care.

The argument that “last year was terrible” can easily be countered by referring to established red lines.

Specialists have said the country (for this read: the SNS health service) cannot afford to have more than 255 people with Covid-19 in intensive care units; it cannot have more than 4% of people testing positive.

Luís Marques Mendes has the bar chart to prove it: positive tests at the moment – albeit VASTLY increased in numbers performed last year – are running at a rate of 3.1%.

In other words, the flurry of soundbites this morning suggesting citizens should dive down burrows after Christmas is not in any way backed up by scientific results. It is being powered by ‘experts’ who three weeks ago suggested that in three weeks’ time they would all have more data on Omicron.

Now that this data is looking ‘positive’ (click here), the experts are saying “it is still too soon to be complacent”.

How ‘too soon to be complacent’ has morphed into “it is time to anticipate measures of containment” no one has yet explained.