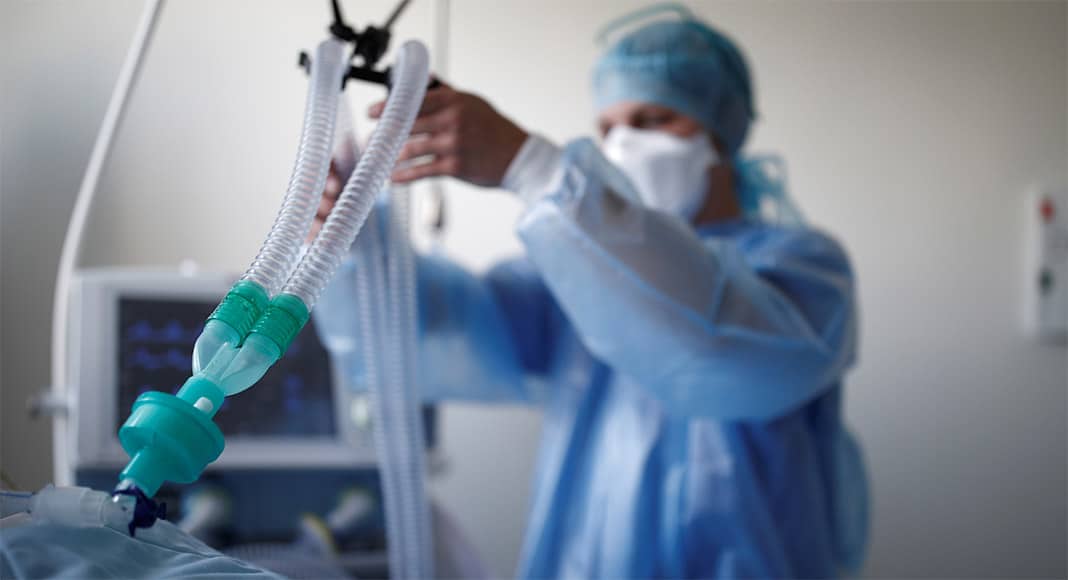 As Portugal registers a tragic new record in virus-related deaths over the last 24-hours, headlines have been proclaiming the country’s virus numbers are “the worst in the world”.

SIC television news began highlighting yesterday how per million inhabitants, Portugal’s tally of new cases was ‘the highest in the world’ and had been holding that rating for over a week.

With regard to deaths per million inhabitants, according to SIC the country was placed 4th. But the increase on Monday of another 167 deaths in 24-hours – along with all the desperate figures coming out of the nation’s hospitals – and SIC had the country suddenly ranking ‘second worst in the world’ (behind only Slovenia) for deaths per million inhabitants.

Minister of health Marta Temido meantime went on record admitting the entire health system – that includes any help being given by the private and social sector – “is very close to its limit”.

The message to a population that has shown itself tired of even the idea of confinement (click here) was “please, please stay at home”.

As we wrote this text, prime minister António Costa was due to address the country after yet another extraordinary meeting of the Council of Ministers, called ostensibly to determine even ‘tougher’ restrictions to be put in place.

There is absolutely no doubt that the situation in Portugal is dire – not in the rural areas, but in the conurbations around Lisbon and Porto, as well as in the centre. But one key factor that today’s breathless headlines have bypassed is that, as a country with one of the highest elderly populations in Europe, Portugal would always rank poorly when it came to ‘deaths per million’ in a pandemic threatening predominantly the elderly and immuno-compromised.

In the words of emeritus researcher Manuel Villaverde Cabral of the Institute of Social Sciences at the Universtity of Lisbon “The challenge of socio-demographic ageing in Portugal is, if anything, greater than in most countries in Europe and indeed in the world”.

In the last 24-hours another 276 people have been admitted suffering from serious Covid symptoms. This has taken numbers in hospitals to ‘historic levels’ (5,165 patients interned) and numbers in ICUs close to the 700-mark.