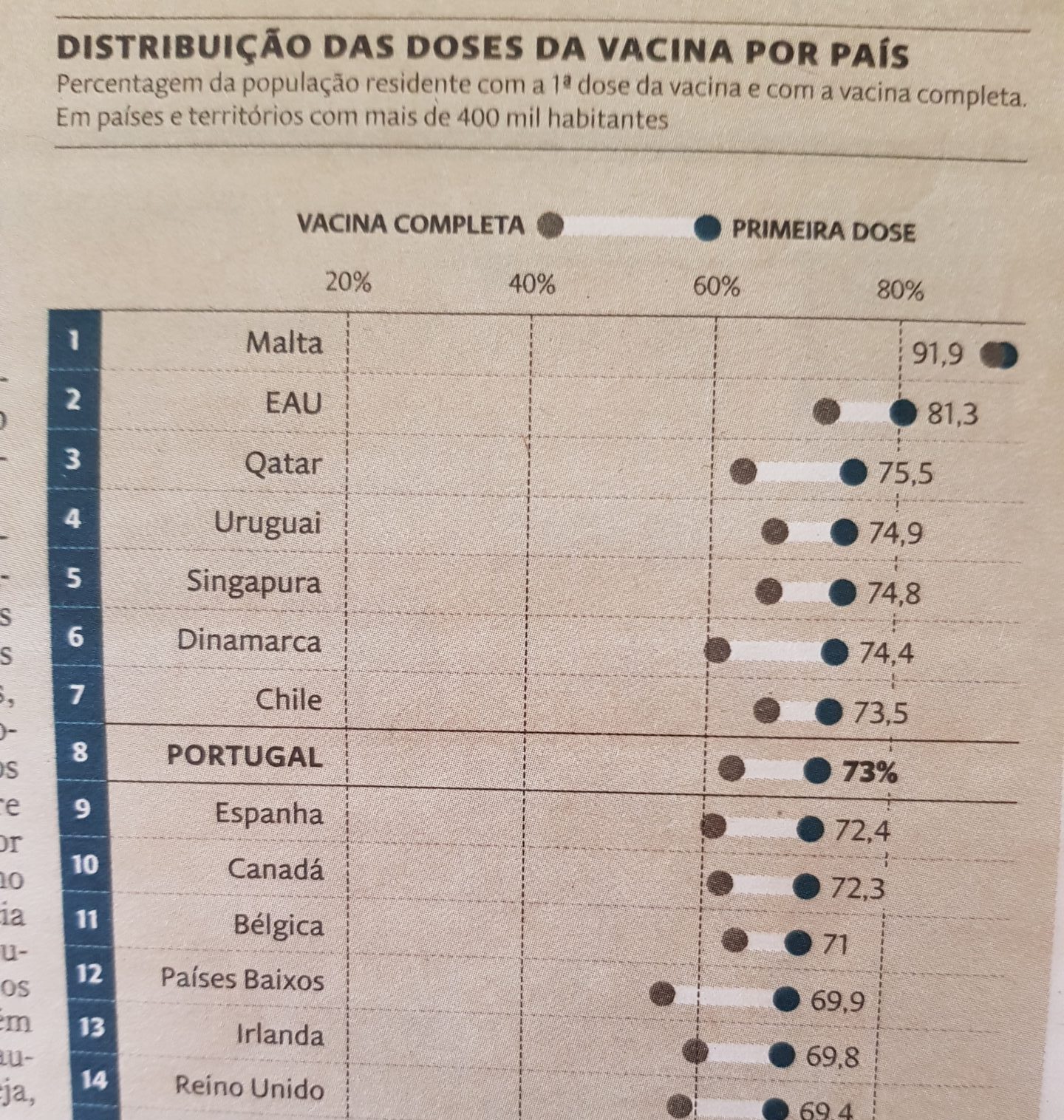 After a slow start, various European countries (Portugal included) have caught up in race to get their populations vaccinated against Covid-19

“These numbers are among the highest in the European Union, and overtake vaccination percentages in the UK, Israel and the United States – a country where level of resistance to the vaccines is quite high and is complicating the whole process”, says the paper.

Only Malta and Denmark come ahead of Portugal – the former with an impressive 91% of its population fully-vaccinated.

It is here one has to factor in that Malta has only 500,000 inhabitants. Denmark has 5.8 million. Portugal’s 10.3 million is low on the scale of many European populations, but its listing, in eighth position in a table of 30 countries, is still no mean achievement.

A third dose of vaccine is already on track to be offered the over-60s in Israel from next week, while the UK has said it too will be rolling out a third dose for the most vulnerable from September. The United States has said a third booster shot will be administered to people who compromised immune systems, but hasn’t specified when.

Portugal meantime has made no decisions regarding a third dose of vaccine.