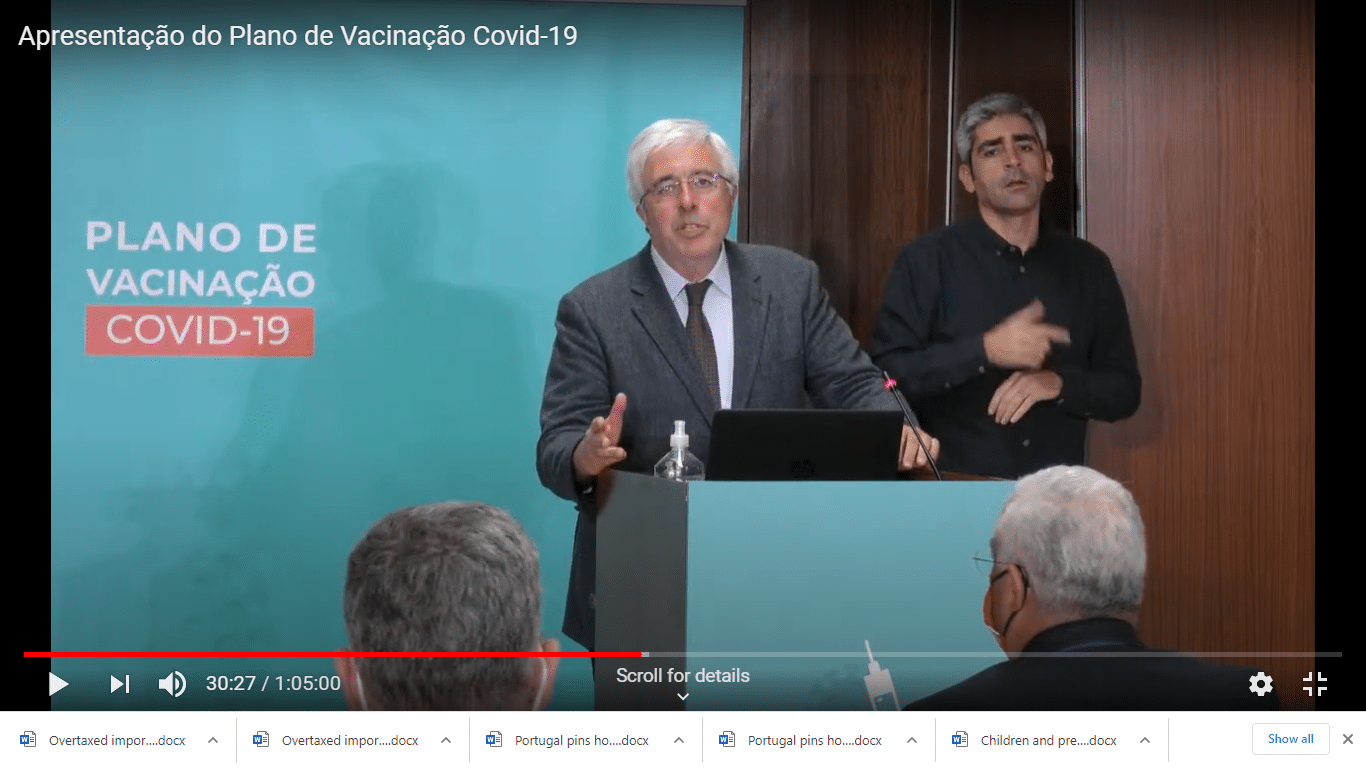 Vaccination task force coordinator Francisco Ramos has set out Portugal’s ‘programme’. If all goes according to plan (meaning the Pfizer vaccination gets European Medicine Agency approval later this month), Phase One will start in January immunising:

Phase Two will include:

Phase Three will bring in ‘the rest of the country’.

The plan for now will be administered from 1200 health centres. Once the first phase is over, pharmacies may be brought in. This has yet to be fully defined. The main focus is to get ‘the most vulnerable’ covered.

Said Francisco Ramos today, the first part of the first phase will involve 950,000 people (400,000 with comorbidities, 250,000 in old people’s homes and continuous care facilities and 300,000 health professionals); the second

Said Ramos, if the roll-out takes longer than hoped, phase three may have to be ‘redefined’ to include other priority groups.

“In an optimistic scenario, the first phase of vaccination will occur between January and February”, he said today, suggesting this phase would take until March to complete.

“If things go worse than programmed in terms of delivery”, it may take till April.

No one can tell on what day in January the vaccines will arrive, but “they will arrive gradually”, said the prime minister, stressing that the country’s vaccination plan will be “transparent”.

Refrigeration issues appear all covered, with a storage facility in Coimbra being the country’s distribution nucleus.

What is clear from the announcement today is that it will take many arduous months to vaccinate the most vulnerable, but in doing so, deaths and pressure on the health service should gradually reduce.