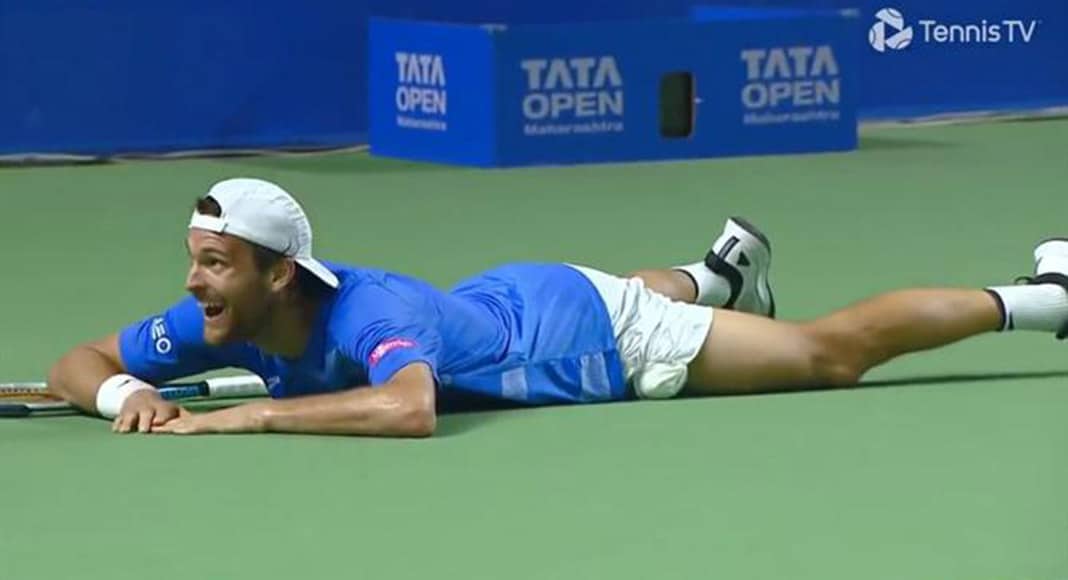 After nearly four years without winning an ATP title, Portugal’s most decorated tennis player ever João Sousa overcame all adversities thrown his way to win his fourth career ATP title at the Tata Open Maharashtra in Pune, India on Sunday (February 6).

It was an emotional moment for Sousa who has struggled with injuries which have kept him from returning to the form that cemented his legacy as Portugal’s best tennis player of all time.

“We’ve had a few tough moments in recent years, but winning the title here today is a dream come true. If you asked me six months ago if I could be in a final, perhaps I’d tell you ‘no’,” Sousa said.

The victory is even more impressive as it came against one of the most promising young tennis players in the circuit.

“I knew Emil was a great player, so it would be tough to close out the match,” said Sousa.

“He played great tennis at the end of the second set…I knew that I had to be there [in the third set] and get my game into it.”

João Sousa has now four ATP titles, adding the Prune title to his victories in Kuala Lumpur (2013), Valencia (2015) and Estoril (2018), where he became the first Portuguese player to win the competition on home soil. It was also his 11th presence in ATP finals.