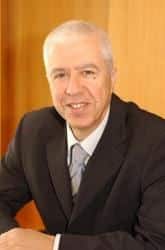 THE TOTAL amount of money owed to the Portuguese tax authorities has reached a staggering 17 billion euros. If the Portuguese state had succeeded in collecting the taxes owed, Portugal would not be in the position of having a serious state deficit running at seven per cent of its GNP. And if everyone who owes back taxes paid up, it would be enough to build five airports at OTA, pay for 19 Vasco da Gama bridges, fund eight Expo 98s, buy up all of Portugal Telecom’s capital or pay unemployment benefit for nine years! The startling statistics were revealed last week by the Finance Minister Teixeira dos Santos in his report on Tax Fraud and Tax Evasion.

Now, a government black list of those individuals and companies who owe taxes to the government is to be posted on the internet from July and could be published in newspapers as well. The government is also to recruit and train more tax inspectors. At present, it works out that there is only one inspector for every 6,922 citizens.

Faced with the gravity of the situation, the government of José Sócrates has already began implementing drastic measures aimed at bringing the state’s finances into line. These include cutting the public administration by a third, raising the level of national insurance contributions, putting up IVA (equivalent to the UK’s Value Added Tax) from 19 to 21 per cent, clamping down on small construction companies and builders, café and restaurant owners, accountants, moonlighting doctors, football clubs and other professionals who have been cooking the books for years.

The inefficient Portuguese bureaucracy, lack of computerised cross-referencing at tax offices, slow legal system, coupled with endemic corruption and under-the-table bribes, have all been blamed for Leona Helmsley ‘only the little people pay taxes’ syndrome that has blighted the country for years.

Teixeira dos Santos said in parliament last week that the treasury expected to squeeze 1.5 billion euros from late and non-payers, which exceeded the 100 million euros seized in 2005.

In the report on Tax Fraud and Tax Evasion, the treasury said it had managed to raise receipts by 6.4 per cent in 2005 and 35 per cent was expected for 2006. In terms of fiscal efficiency, measured by the difference between the growth rate in tax receipts garnered by the Ministry of Finances and the nominal growth rate for the country’s GNP, the growth represents 3.3 per cent.

The government’s internet name-and-shame list initially will be limited to over 50,000 euros for private individuals and 200,000 euros or more for companies. In 2007 that figure will be halved. By 2009 (the end of the government’s mandate), anyone owing more than 6,125 euros to the taxman will be listed.