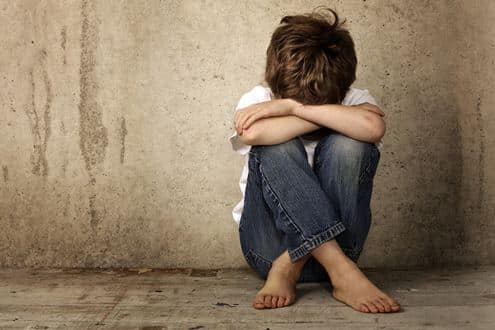 Abuse || As the UK’s Rotherham child sex exploitation scandal remains fresh in everyone’s minds, an institutional horror dramatically affecting young children has been exposed in Portugal.
A police investigation into “three years of absolute terror” at a juvenile centre in Vila do Conde has resulted in the arrests of eight defendants – including two of the centre’s principals. Conceição Martins and Fausto Ferreira are among staff facing trial on various charges of mistreating 22 boys between the years of 2010 and 2013.
Cataloguing the abuse, national tabloid Correio da Manhã describes how children as young as 10 were hit with wet towels, put into enforced labour and kicked and punched to the point that they sustained serious bruising.
“Aggressions were so violent that the youngsters even ended up bleeding,” writes CM.
The home’s personnel then refused to let the children call home or even visit relatives at weekends, alleges CM.
Instead, many were woken at dawn to do menial cleaning work and weeding.
The horrors are said to have played out at the Centro Juvenil de Campanhã, a home for wards of the state – minors already at risk, who had been removed from their families.
The boys ranged in ages, from 10 to 17.
Police reports talk of one youngster who claims he had refused to sing at a Christmas party and was marched off to have a radically different haircut.
Another talked of being hit in the stomach with a metal object.
The duo in charge, Martins and Fausto, are accused of carrying out beatings themselves, writes CM, but they are believed to have known about the violence and effective torture ongoing, and according to the public ministry, they are charged with having encouraged it.
As the shameful case is due to come to court, all eight defendants are said to remain at liberty.