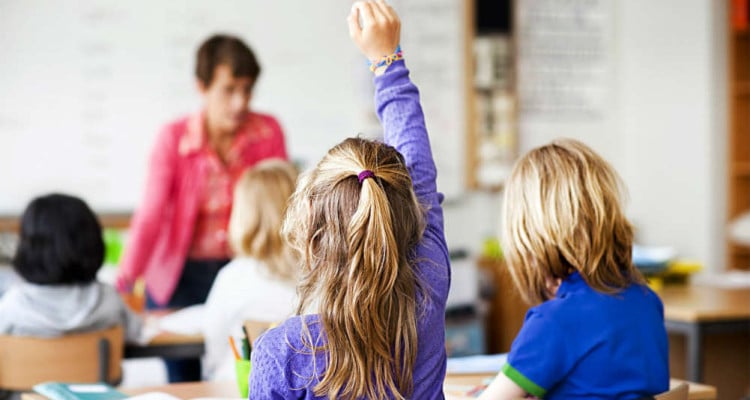 Portugal’s schools don’t have the means to recover the learning pupils have lost as a result of the two years of disruption caused by the pandemic, Fenprof teachers syndicate leader Mário Nogueira has warned.

Backed by school directors, teachers are calling for ‘urgent measures’, not just to ‘effectively’ recover education that has been lost since March 2020 but to resolve the systemic problem of lack of teachers.

“This was the year in which teachers were able to avoid the worst”, Nogueira admits, “but it cannot be considered one of the two years (indicated by the education authorities) for the recovery plan”.

2022 can be a ‘ground zero’, but recovery can only really begin next year, he says.

Filinto Lima, president of the national association of school group directors, explains the situation is ‘complex’, due to some areas – like Lisbon, the north and the Algarve – suffering much more than others from a lack of teachers.

“You cannot recover learning without teachers”, he says – while in Póvoa de Varzim, the issues are that so much disruption has taken place that primary children are “considerally” behind in all the basics.

Says Arlindo Ferreira, the director in charge of schools in that region, “I don’t know if it will be possible to recover” young pupils’ lost learning at all.

“The next government has to come up with a solution”, stresses Filinto Lima – a solution that encourages qualified teachers into the profession, and makes them want to stay.

“The government has to face the lack of teachers as a pandemic”, he says. “We need to avoid another pandemic attack on our education system. We have to take measures. This is a national problem and it needs political will. The lack of teachers was not a surprise, like the pandemic. It is something we have seen coming for years, and it is about to explode”.

It is also not a problem caused by the current government, or the one before it. They have all been to blame. “The problem now is so urgent, we cannot have political game-playing…” It has to be faced.

And in facing it, salaries will have to be addressed: teachers will need better pay.

In fact, much of what FENPROF has been fighting for for years will need to be dealt with.

Meantime, André Pestana, coordinator of STOP (the national syndicate of all teaching professionals) says the moment for a national plan to recover lost learning can only begin when current vacant teaching posts are filled.

“There are still thousands of children without teachers”, he explains. STOP has tried to raise this issue, which “violates the Constitution”, with President Marcelo, but simply receives “a deafening silence”, he says.

In an overview of the many issues involved, Diário de Notícias spoke with various players within the schools community, including Luís Sottomayor Braga, a history teacher with a specialty  in school management and administration.

He explains the very idea of being able to ‘recover’ lost learning has been ‘over-valued’. “It’s ineffective”, he tells the paper, because “the problem is of quality, not quantity. I suspect that some people talk a great deal about recovery as a way of justifying private profit programmes and projects in education. There are aspects that would help the recovery of the education system. These predate the pandemic. And they are being devalued. They include the morale and motivation of teachers”.

Add to this the “psychological state of students (as a result of the pandemic), the chronic  lack of means and resources” (for example most computers date back over a decade), and one gets a measure of the problem.

In a nutshell experts warn that the government has to come up with “an effective plan of long-term educational recovery” to have any hope of the fixing the ravages exposed by two years of pandemic.