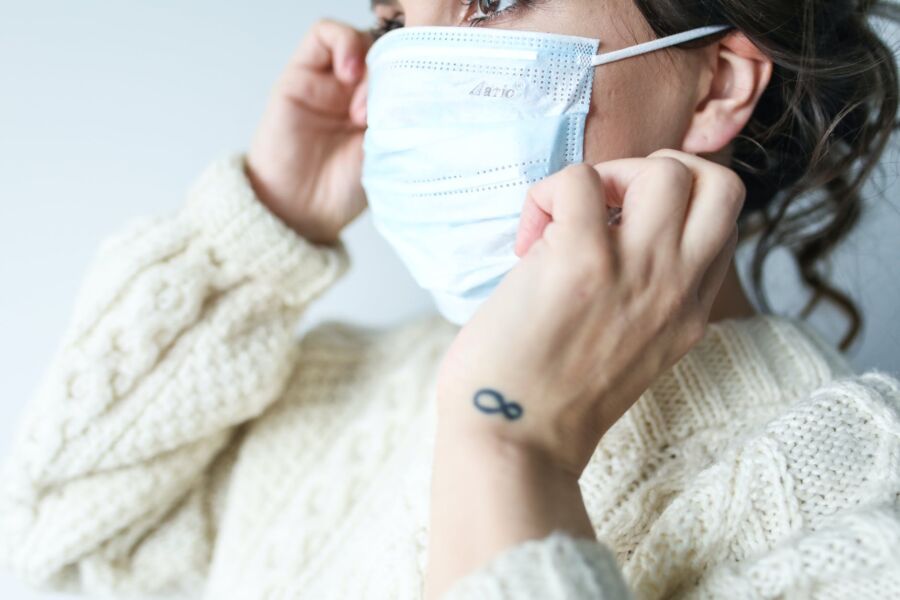 Wednesday’s Covid bulletin like almost every other Wednesday before it shows ‘cases’ catching up from the dip in testing over weekends. Thus today’s numbers, reflecting the count for Tuesday, shows 684 new cases of positive tests, increasing Portugal’s incidence level across the board to 69 cases per 100,000 inhabitants (72.4 cases if one takes in the figures for Madeira and Azores).

The bulletins do not stipulate when reductions signal deaths. In other words, the two patients no longer in ICUs today could relate to two deaths – but what is certain is people are leaving hospital ‘recovered’ as 12 have left since Monday (when only eight people have died).

Nonetheless focus on the Rt (transmission) number persists, and this is not ‘holding steady’. It is increasing, albeit in ‘hundredths’ of a point. It has risen from 1.04 as of Sunday, to 1.06 today. Indeed it appears to be creeping up on average about a hundredth of a point per day – clearly an issue worrying authorities, but hopefully not yet enough of an issue to justify new restrictions on the slow release of the economy.

Certainly if the experts had their way the steps outlined by politicians would be curtailed.

Pneumologist Raquel Duarte has told reporters: “We should be taking smaller, more secure steps that don’t prejudice what we have achieved up till now… It would be prudent to wait some time before we continue to lift restrictive measures and open further sectors”.

This is the ‘safe’ outlook of an expert who has no responsibility for running a country.

Health minister Marta Temido has made it clear that the government will be evaluating all the numbers tomorrow, at the Council of Ministers, and announcing its decision most likely tomorrow evening.

But politically this has been a relatively ‘damaging day’ for the methodology chosen to combat Covid-19.

In UK, prime minister Boris Johnson dropped a bombshell, suggesting the improvement in Britain’s epidemiological situation had less to do with its stellar vaccine roll-out than the effects of lockdown.

Indeed he said categorically that “the bulk of the work in reducing the disease has been done by lockdown”, adding that as the UK reopens for business “we will see more infection, sadly we will see more hospitalisation and deaths”.

This left many wondering what the point of the amazingly rapid vaccination roll-out has been.

Add to this the confusion over vaccines (again): Now Johnson & Johnson’s single-jab ‘gamechanger’ has been temporarily suspended (due to concerns over very rare incidences of clotting), and Italian paper La Stampa reveals the EU is going to be concentrating its purchase of vaccines for the next two years with Pfizer and Moderna (ie not renewing contracts with either Johnson & Johnson or AstraZeneca).

This news comes just as Expresso has reported that Pfizer is negotiating to increase its price per dose from the €12 quoted initially to €20.

Considering AstraZeneca’s vaccine costs less than €2 a pop, again people’s confidence in the developing situation is being put to the test.

Pushing tolerance even further, the Telegraph has reported that almost a quarter of deaths attributed in UK to Covid since the start of the pandemic have turned out not to have been Covid deaths at all… This has always been suspected, but it is now confirmed.

It is certain to relate to deaths in Portugal as DGS health chief Graça Freitas revealed a year ago that deaths from Covid were being ‘measured even if Covid-19 is not the terminal event’ (meaning if a cancer patient died from cancer, but tested positive for Covid, that patient was ‘measured’ as a Covid death).

All in all, the level of scepticism in the air today is increasing, possibly faster than Portugal’s Rt.

It hasn’t helped that European Commission president Ursula Von der Leyen has just announced a new deal with Pfizer for 50 million ‘extra’ doses of vaccine to be distributed throughout Europe this month. It suddenly looks like so much more than a coincidence that Johnson & Johnson’s arrival in Europe has been put on hold, we’re told until a European Medicines Agency evaluation ‘next week’.