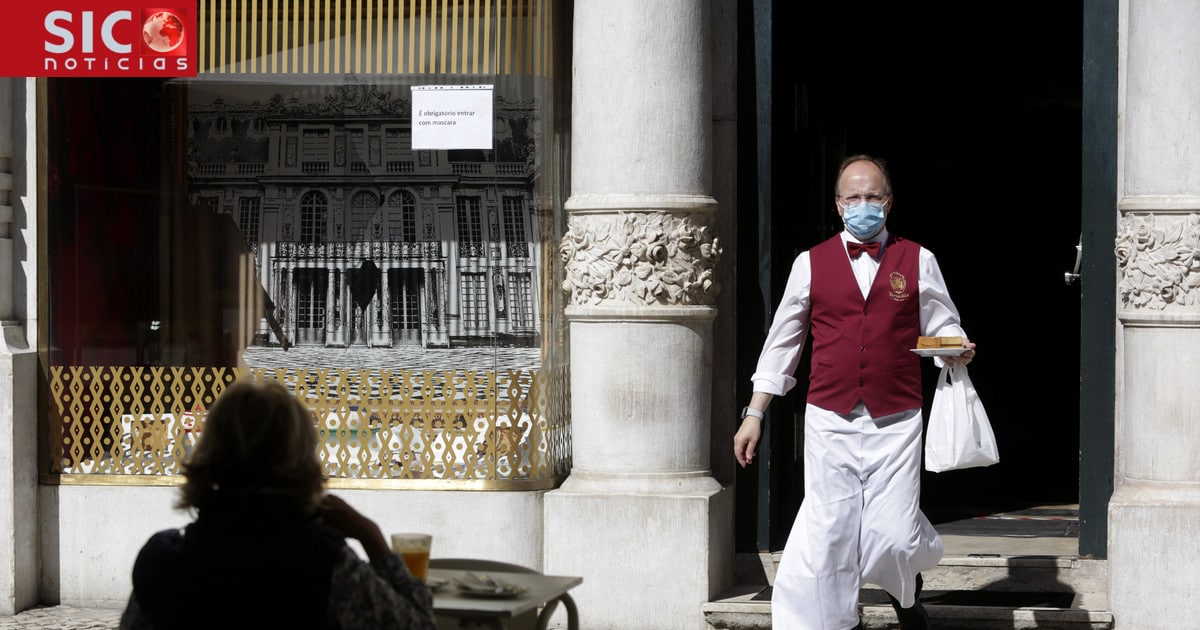 Portugal’s restaurant sector is calling for the government to “immediately suspend” what is (increasingly becoming clear) an ‘unworkable’ decree obliging clients to present Covid Digital Certificates or negative tests for the SARS-CoV-2 virus in ‘high risk’ and ‘very high risk’ boroughs.

The measure dressed up as “a way of allowing restaurants to keep working” has careered into a wall of antipathy.

Restaurants throughout the country say they ‘refuse to police’ people coming to their establishments for a meal – in spite of the hefty fines threatened.

In the Algarve, hoteliers association AHETA has also criticised the requirement for guests to show Covid Digital Certificates or negative tests in order to take up their reservations.

AHETA president Elidérico Viegas has dubbed the measure “an exaggeration… impractical and of dubious efficacy”.

There are so many ‘holes’ in the rules laid down following the Council of Ministers that many in the hospitality sector seem to have decided to ‘pretend to follow them’ and basically take very little notice.

One AL owner the Resident spoke with told us she would be purchasing 10 autotests this weekend to put in clients rooms “and they can stay there all summer, for all I care … I may use a grapefruit for the test, I may use my cat. As I am meant to be policing this ridiculous measure, I will be the one to decide how I carry out these tests…”

Daniel Serra, president of the PRO.VAR national association of restaurants, told tabloid Correio da Manhã that the measure “which could have brought some kind of security has transformed into a nightmare, and created more difficulties”.

“As soon as the measures were explained, businesses started receiving cancellations for the majority of reservations on their books”, he explained, stressing this weekend – far from seeing increased business in the 60 boroughs affected by the new measures (click here) – will actually see quite the opposite.

“There will be a huge fall in takings”, he told the paper.

Beyond the shattering of clients’ feelings of freedom, Mr Serra stressed “there are many doubts from a legal perspective”.

In Porto, Nuno Fontes of Capa Negra II (one of the best known eateries for the city’s legendary delicacy the “francesinha”), called the new demands on his sector “lunatic”.

His father Amandio, who runs a total of six establishments, gave his opinion: “So I am meant to check clients as they come into the restaurant? I am not a doctor! I am not a nurse! I am not a policeman! I am not going to comply! I don’t have specialised personnel (for this kind of procedure, particularly the overseeing of auto-tests).

The sector’s fury cuts across all boundaries. Over social media yesterday one well-known bar popular with expats in the Algarve sounded off with: ““We will NEVER ask anybody for a Covid test result or proof of vaccine… NEVER! It is none of our business and goes against our clients human rights. We will not be party to society’s descent into fascism and apartheid”.

Thus the government now will be on uncertain ground. Has it got enough ASAE (health & safety) inspectors to ‘police’ its policies in restaurants, hotels and AL accommodation? Will police have to be drafted in: to check citizens either have vaccines (which are not mandatory anyway) or have taken tests in the fashion stipulated that have given negative results? And if so (in the latter case) how will they be able to tell?

The unpopular ‘Lisbon lockdown’ lasted three weeks and has now been dismantled because it failed in its mission (to try and ‘lock’ the Delta variant into the capital).

On that basis, it is very possible this unpopular decree (which doesn’t even apply during days of the week, nor to cafés and pastelarias) will also be short-lived, as well as incapable of any notable positive achievement.

In Albufeira yesterday – one of the boroughs where incidence of transmission of SARS-CoV-2 is considered “very elevated”- long-suffering restaurateur Manuel Pereira stood very straight for a photograph in Correio de Manhã, dutifully wearing his mask, and said for the record: “The measures imposed by the government make no sense at all”.

Over social media, a high court judge has given her professional opinion , entitled “Portugal and the Sanitary Apartheid” (see story to come).

Her blistering post has been shared hundreds of times. On the basis that she has been part of legal decision-making at a ‘Superior’ level for the last 25-years and that social media posts criticising official narratives tend to get removed, we have taken the liberty of translating it.