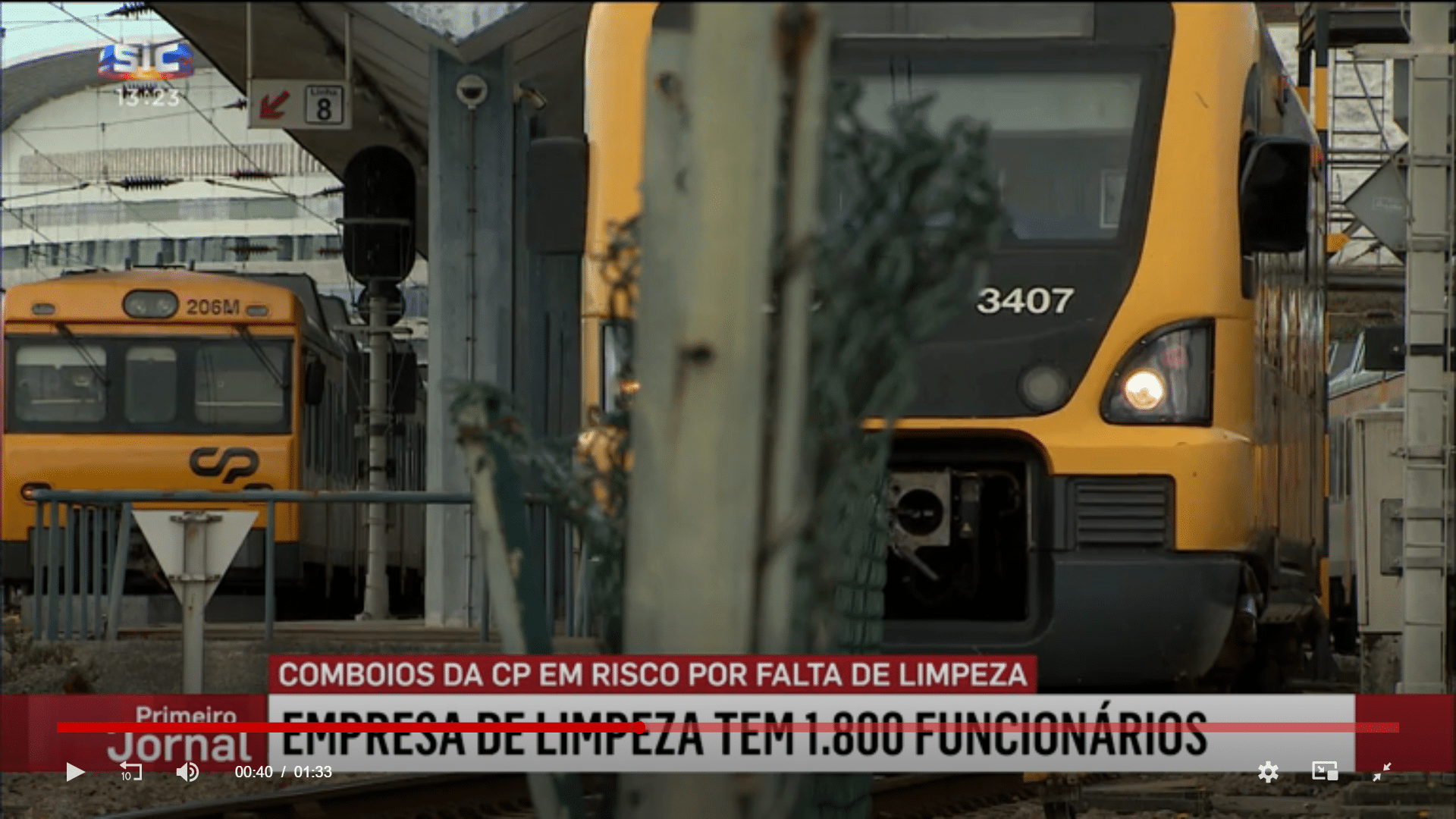 CP, Portugal’s beleaguered rail network is under a new threat. Certain trains could actually be stopped from running due to a lack of ‘cleanliness and disinfection’.

Many would say this is nothing new. But according to latest reports, the company contracted by the State to ensure trains run in total sanitary safety owes the treasury €25 million.

Says SIC, Ambiente e Jardim has had its accounts frozen, and has missed salary payments for its 1,800 employees (“most of whom are on minimum wages or less”).

The situation is so bad that syndicates claim employees are finding it difficult to pay their household bills, with some having to resort to support by the Banco Alimentar in order to eat.

Ambiente e Jardim is responsible for the cleaning of various other State entities, like hospitals and council premises, explains SIC.

A number of these have already taken on new contractors in order to ensure the cleanliness of their premises while the matter is in the hands of the courts.

But CP is not in a position to do this – and thus the continued running of certain trains hangs ‘in the balance’.

According to SIC, it may not simply be because they haven’t been sufficiently cleaned, but because workers are threatening strike action during the first week of September.