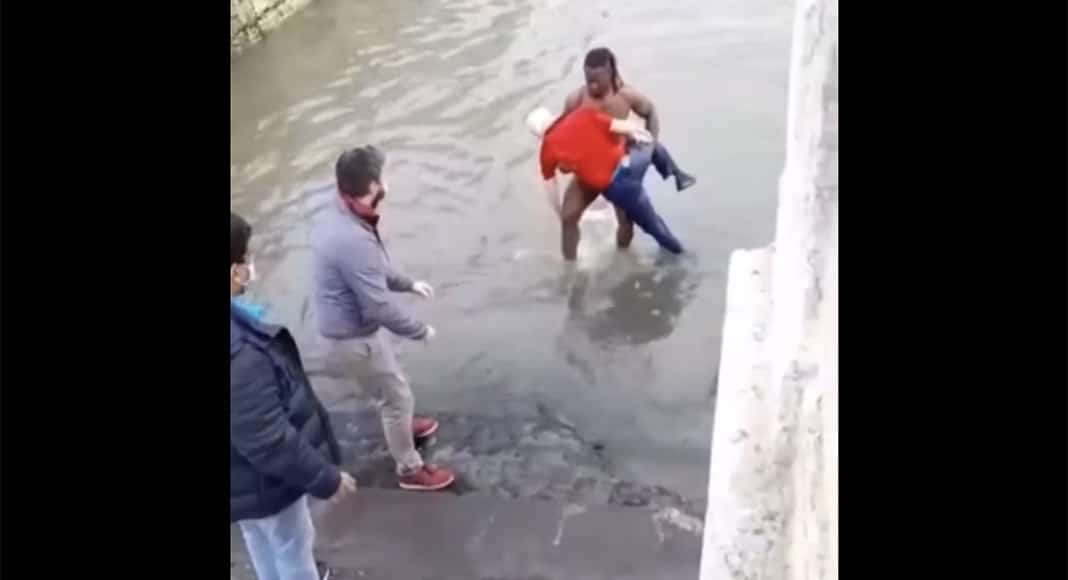 Portugal’s president Marcelo Rebelo de Sousa surprised a hero last night, hours after he leapt into the freezing waters of the Tejo river in central Lisbon to save a drowning pensioner.

37-year-old José Brito is “the best father in the world”, according to his proud son Bryan. He is also the first person to bring a smile to the nation’s battered psyche for weeks.

His selfless response to the plight of an elderly man floating face down in the waters near Cais das Colunas brought him instant social media fame.

The even better outcome is that he managed to resuscitate the drowning man before medical help arrived, and the 68-year-old is expected to make a full recovery.

But 37-year-old Brito had no idea the incident would lead to a phone call from the president, particularly at 11 o’clock at night.

“I was at home with my family”, he told reporters. “I never thought it would be him calling me at that hour…”

Portugal’s president is known to ‘need very little sleep’, thus to him 11pm could be ‘the middle of the afternoon’. That said, the country’s head of state congratulated the former fisherman from Cape Verde on his ‘human solidarity and courage’, to which Brito said he replied that he ‘would do it all over again’ if he had to.

At a time when most people balk at even brushing past a stranger in a supermarket, this story highlights the value of holding on to our humanity, notwithstanding these ‘intensely difficult times’.

As Brito explained there were “about 12 people standing around” when the elderly man hit the water “but no-one did anything. Some said I shouldn’t do anything, that it would be better to wait for the ‘bombeiros’ (firefighter rescue service) but I couldn’t”, he explained. “No one of that age could survive for long… I did what I had to do”

Which of course it what makes him not simply a hero, but in the eyes of his seven-year-old son who witnessed the whole drama, ‘the best father in the world’.