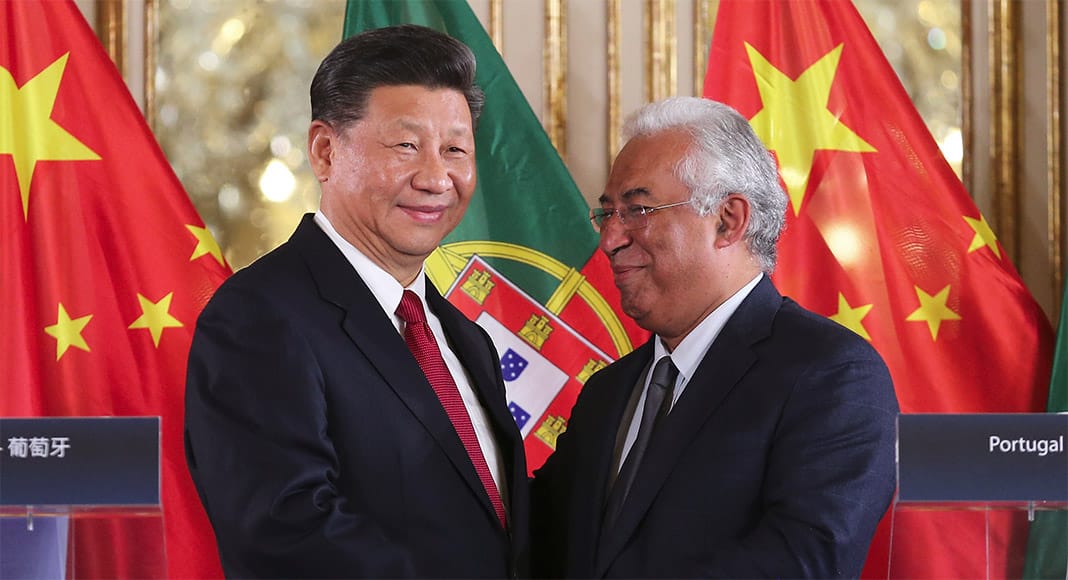 More soundbites suggesting Portugal will be extricating itself from too much further involvement with China have come in the form of an interview by Lusa with the man tasked with mapping Portugal’s economic recovery.

António Costa e Silva says the country “has to rethink” its positioning on the so-called ‘new Silk Route’, or ‘Belt & Road’ strategy.

Chinese president Xi Jinping was in Portugal only 18 months ago, and saw the country willingly sign a multitude of cooperation agreements with his country for sectors across the board (click here).

Rumbles at the time came from elsewhere in Europe where the feeling was that China ‘was not operating a level playing field’.

Spain, for example, “politely refused” to sign any new agreements with Xi “on the basis that none of China’s ideas were offering enough for Spanish companies”, wrote Diário de Notícias.

The paper’s source Mario Esteban of UN think-tank ‘Elcano Royal Institute’, stressed Xi’s strategy “is not really a multilateral initiative”, more a “series of bilateral agreements” with many projects “ignoring concerns about environmental and financial sustainability”.

At the time, however, powermakers in Portugal were full of positivity.

Since then, PM Costa has agreed: dependence on China needs to be addressed (click here). Now the czar in charge of steering Portugal to much greater things agrees.

Says Costa e Silva throughout the pandemic China has “revealed some facets that are always expected from a totalitarian regime, but not in the dimension in which they occurred”.

Portugal needs to rethink its approach to China’s plans for Europe because “we see the reactions that all this is provoking… this new Cold War that exists”, he said.

Says the CEO of Partex Oil & Gas – stepping into his new role without pay, as a form of ‘civic duty’ to his country – “I think we, Portugal, have to be more careful than ever”.

The country has to try and hold onto its ‘good’ relationship with China, but seek a unified approach with European partners over what Costa e Silva agrees is a “problem generated throughout the world”.

The fact that so many strategic sectors are already in the ‘hands’ of China is definitely not ideal, he agreed. There should have been a “better balance in the conjugation of the various powers” – but we are where we are. It’s how we move forwards that will make the difference.

This is where Portugal’s ‘recovery czar’ referred to the looming US elections, and the ‘tug-of-war’ at play between America and China over the control of technologies.

If President Trump wins the mandate for a second term in office, Costa e Silva sees “things will get a great deal more difficult” – with the whole Huawei/ 5G debate “coming up again”.

The control of cutting edge technology is central, he stressed “because they are the ones that will shape the future”.