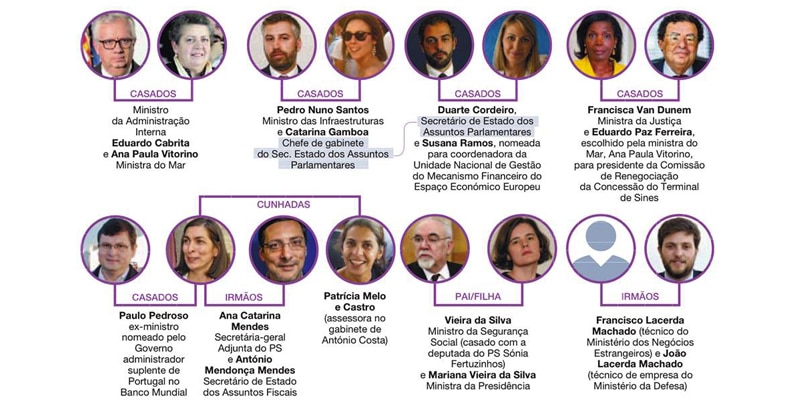 The last ‘cabinet reshuffle’ brought even more family members together at the head of the Portuguese government, leading to new satirical articles in the popular press as well as comments across the border. Spanish newspaper El País has said “political inbreeding” may not be news in Portugal but it has just become “extreme” with a husband and wife and father and daughter now present in the Council of Ministers.

Elsewhere, there is much more (see image above).

Portugal is a small country, with a ‘meagre ruling class’, says the paper, citing opposition leader Rui Rio commenting that the government looks like a “Christmas dinner: a cousin here, a brother and a wife there…”