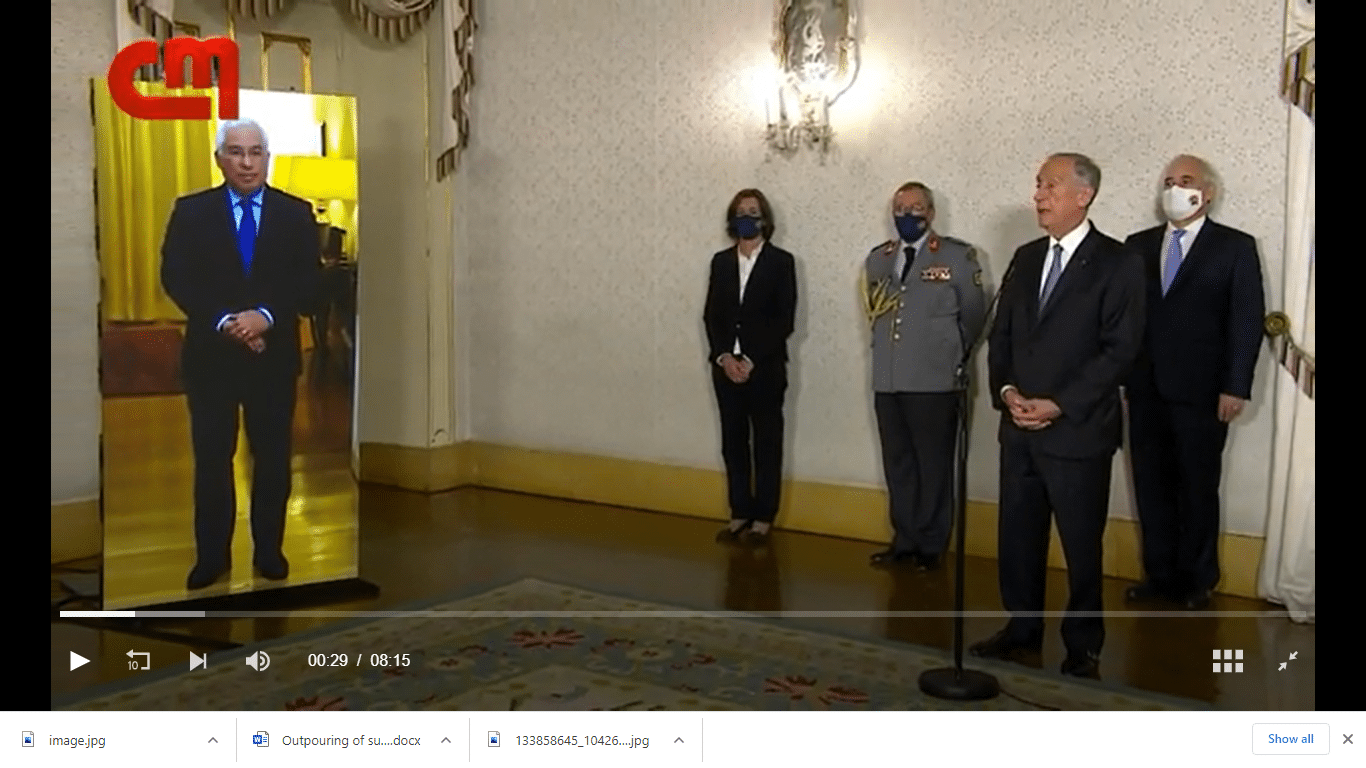 Portugal’s prime minister António Costa has been released from confinement after his unfortunate ‘brush’ with an infected President Macron (click here).

The pre-Christmas incident meant that Mr Costa missed the festive season with his family.

He has been in ‘prophylactic isolation’ in the São Bento official residence for the last 14 days, testing negative throughout.

Mr Costa has worked throughout his period of isolation, even managing to appear virtually at a small ceremony hosted by President Marcelo (image above).