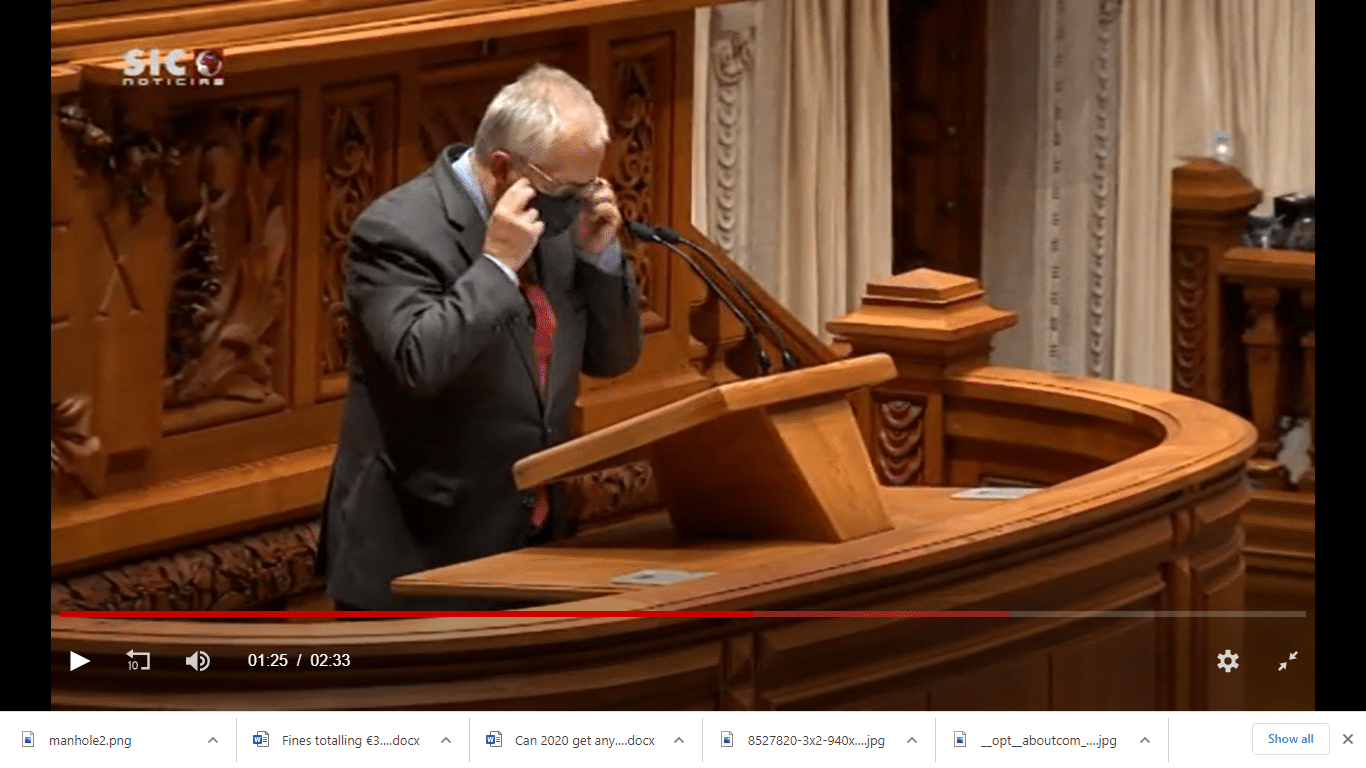 Following the second insinuation in a week by President Marcelo that the resignation of Interior Administration minister Eduardo Cabrita might well be needed, Maria Lúcia Amaral left MPs in parliament in no doubt that Mr Cabrita had done nothing to address systemic failings flagged at the base which indirectly may have contributed to the terrible events of last March.

Said Jornal de Notícias: The Ombudsman said she gave various warnings over the situation of the CIT (temporary installation centre run by SEF) but they were never acted upon.

Her warnings centred over the ‘lack of space’ at the CIT, the lack of interpreters (Ihor Homeniuk spoke neither Portuguese or English) and the lack of basic medical care.

“From 2017 until now I spoke about these things”, Ms Amaral told MPs via videolink. But nothing changed…

It’s not that the failings in themselves caused Mr Homeniuk’s terrible death – but they certainly ‘made it more easy for what happened to happen’, SIC television news explains.

This is where SIC’s report referred to Mr Cabrita having promised to make changes for two years, without following through.

Indeed, in the spring of 2018 an alternative to the overcrowded inadequate CIT at Lisbon airport had been ‘identified’ in nearby Almoçagème, within the borough of Colares, outside the capital. It was ready, said the Ombudsman. Two years on it no longer exists… “This is the great failing of the Portuguese State”, she insisted.

Maria Lúcia’s priority now is to establish the level of compensation that should be paid to Homeniuk’s widow and his two young children.

She told MPs her intention is to do this with the celerity the situation deserves. Meantime, plans are afoot to ‘restructure’ SEF and ensure ‘poorly documented immigrants’ are properly received and treated in this country from now on (click here).

But there is no denying that the Ombudsman’s report leaves another heavy stain on the performance of the Interior Minister who up till now has resisted all calls for his dismissal on the basis that he is ‘the coordinator’ of the country’s response to a State of Emergency.