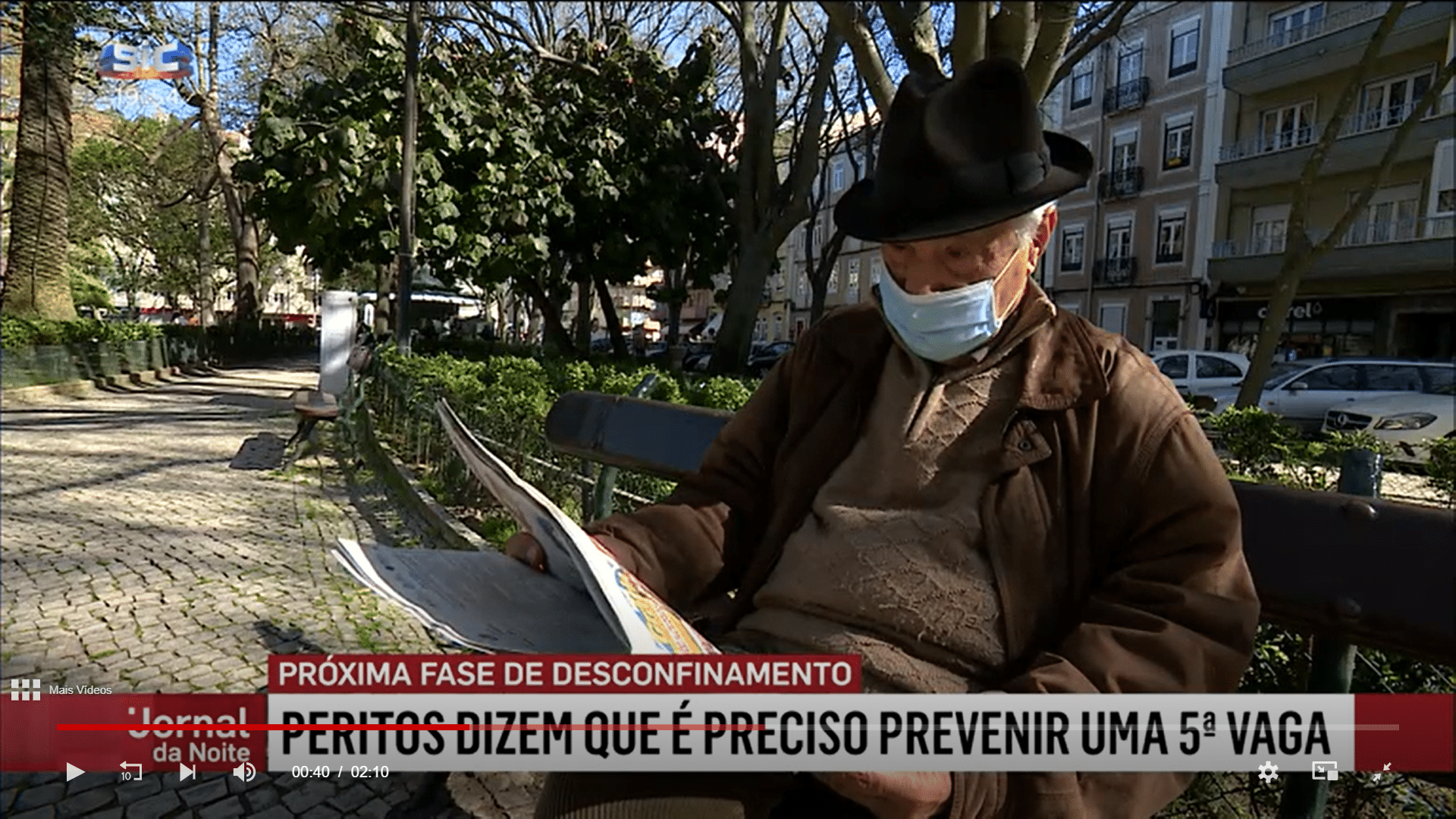 With the ‘meeting with experts’ concluded yesterday afternoon, Portugal’s government is left to firm out its strategy for the so-called final 3rd step towards ‘freedom’ (or at least relative freedom).

Forecasts that scientific advisors would recommend a gear change from ‘rules’ to ‘leaving people to make their own decisions’ appear to have been correct.

Papers today are giving this message – with the proviso that tighter restrictions will have to remain in old people’s homes, on public transports and – for the moment at least – in schools (click here).

But there were a number of ‘non-sequiturs’ in the soundbites coming out of the meeting – and some ‘surprises’.

The non-sequiturs relate to the details that 14 out of 15 people in intensive care units ‘have not had their full complement of vaccines’, ditto the overwhelming majority of people in hospitals with Covid 19.

This does not gel with reports that the majority of people dying from Covid-19 are the elderly (invariably over-70, if not over-80) – an age group that the country is regularly told is practically 100% vaccinated.

Even parliamentary leader Ferro Rodrigues asked the meeting for “clarification” over the “elevated number of deaths in the fully-vaccinated elderly”.

This feeds directly into the constant ‘elephant in the room’: lack of understanding over how long the current vaccines protect against serious illness and death (given that they have already been proven not to protect against infection, or indeed transmission).

And this saw the experts yesterday hinting at a number of scenarios:

Everything depends on how the autumn/ winter progresses. The situation for the time being is ‘stable and receding (in terms of virulence of virus spread) – but this could change rapidly if the efficacy of vaccines reduces over the next few months – coinciding with the coldest months of the year, and two major ‘holidays’ (Christmas and New Year).

In other words, even after a two-and-a-half hour meeting listening to experts, the government has a lot of decision-making on its plate before making an announcement following the next Council of Ministers on Thursday.

Surprises also came in the way that major changes to the way children are likely to be treated were announced without any form of ‘lead up’ or background explanation.

Pediatricians, doctors and scientists have been deeply-divided over the ethics of vaccinating children – and this was when the ‘issue’ was the vaccination of youngsters over the age of 12 (click here).

Now suddenly the country is being told that “pharmaceutical companies may ask authorisations for the use of approved Covid-19 vaccines in children under the age of 12 by the end of the year”.

According to some reports, this is not a ‘maybe’ but a certainty.

Meantime, ‘clinical trials are planned for the 0-6 year age groups and those aged 6-12’.

“The pandemic is not over”, President Marcelo acknowledged at the end of the meeting yesterday.

Various scenarios are on the table for the coming months – the worst being the appearance of a new variant or variants that render the vaccines less effective (click here).

Months ago, the target in Portugal was to see 70% of the population fully-vaccinated. That has been massively exceeded (the country is on track to have almost 86% fully inoculated by the end of September), but still that doesn’t seem to satisfy those driving policy.