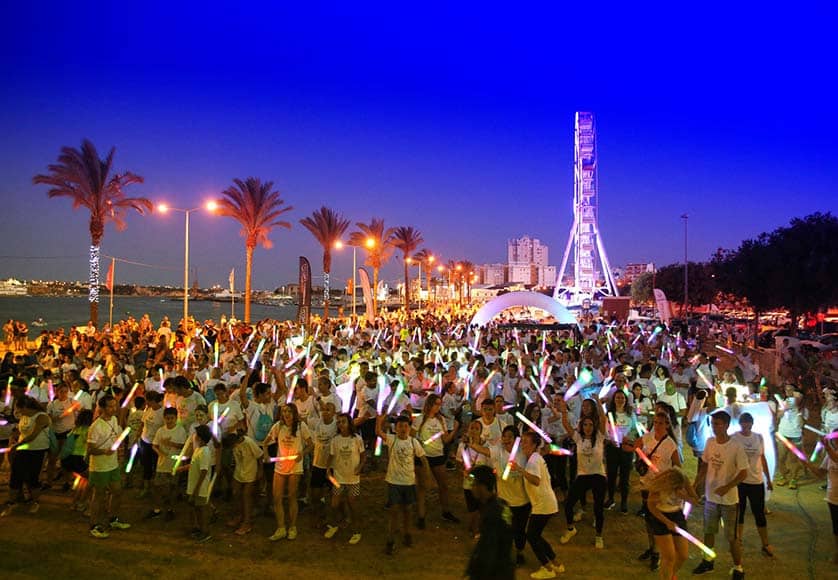 Neon Run, described as “Portugal’s most luminous race”, is returning to Portimão on Friday (August 12) after a two-year break.

Participants are given glow sticks for the nighttime race, which makes for quite an incredible sight as hundreds of people run, walk or dance their way along the four-kilometre route to the finish line along Portimão’s riverside.

The event’s meeting point will open at 8pm near the revamped Lota building (now also home to Portimão’s new tourism office), while the race will begin between 9.30pm and 9.45pm. It will be preceded by a warm-up to the sound of music.

Each participant will receive a Neon kit (including a t-shirt and glow stick) and will also be able to have their face painted. 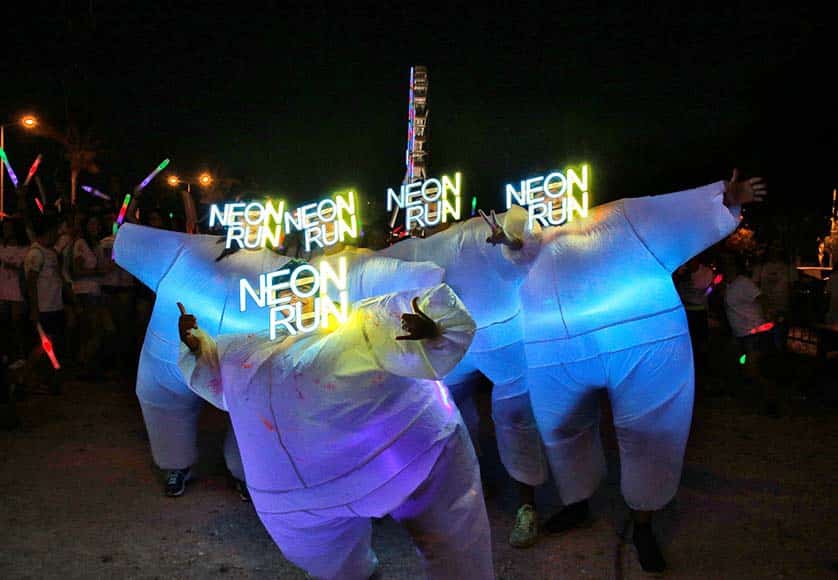 Signing up costs €12.50 for children aged two to seven and €14 for adults and children aged eight and older. A group ticket for two people is also available for €25.

Registration can be made online (www.neonrun.pt) or at the Ondas and Segmentos stores at Portimão Marina and the Amarilis gym in Praia da Rocha and Epic Fitness gym in Pedra Mourinha.

Meanwhile, the Neon kits can be picked up at the Neon Run office at the Lota, or at the Renault stand on Avenida Dom Afonso Henriques, where signing up is also possible.