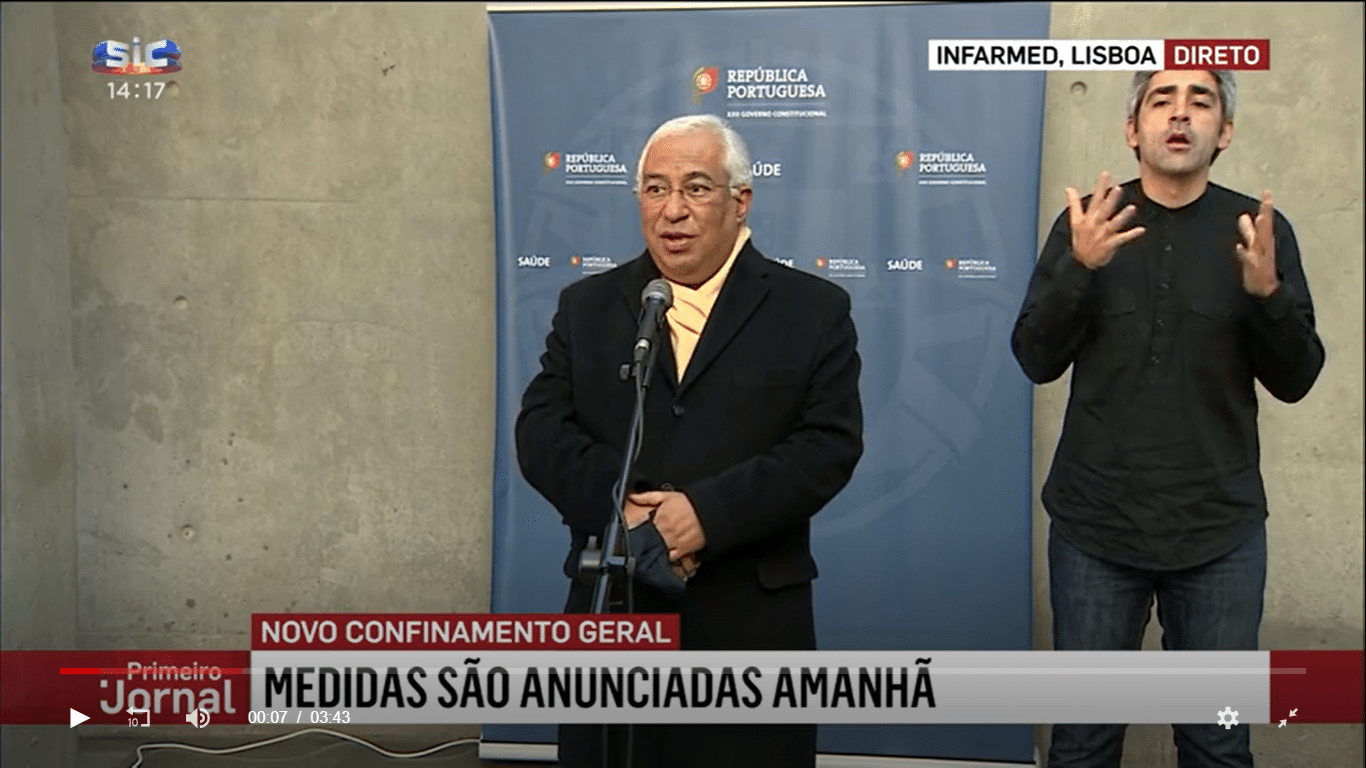 Portugal’s lockdown will last for a month. That is the absolute certainty coming out of today’s meeting between the government and specialists with medicines authority Infarmed.

As to the rest, there were differences of opinion – particularly over allowing schools to remain open.

Prime minister António Costa gave a press conference following the meeting, saying that he and his various ministers have gone away “with more information” and now have the issue of making decisions.

Decisions are “never the responsibility of specialists”, he stressed – unchallenged over the fact that the government actually went against the advice of specialists by allowing four days of free mobility over Christmas, and this may well have exacerbated pressures now being felt by the health service,

The PM has been adamant for weeks that schools should not have to endure any more closures.

What seems likely is that education for the under-12s will continue as it is now. But secondary stage pupils may well be returned to distance learning.

Experts have been pushing for the lockdown to include all schools, saying older pupils particularly are part of the problem of increasing rates of transmission.

For now, we know without a shadow of doubt that the lockdown is coming, almost certainly at midnight on Wednesday (described by the government 00.00 hours of Thursday); that it will come ‘very similar’ in form to the first lockdown during March-April, which involved closing cafés, restaurants, non-food related commerce and non-essential services.

The nitty-gritty of what are considered ‘non-essential services’ (and what may be able to remain open as ‘essential’) is what will now be being debated by politicians, in order to come to a final ‘decision’/ plan by tomorrow.

Said Mr Costa, irrespective of the fluctuating numbers over the last week (there have been days when new infections have registered over 10,000, other moments where they appeared ‘down’ to around 7,000) “what is certain is that we are facing a very strong growth dynamic which we have to stop, and the only way we know how to do this is through confinements…”

The weekend lockdowns that have been operating in areas with highest transmission are “not sufficient” any longer, and thus the government “has to go further”.

The “strongest differences of opinion” centre on the operation of schools – leaving the government to settle this matter, following talks with President Marcelo and other entities, including parents associations.

As to the programme leading up to the final announcement on measures coming into place, it remains as previously explained: President Marcelo will send his decree for the renewal of the State of Emergency to Parliament; parliament will approve it (this likely to happen tomorrow morning); the Council of Ministers will convene and then announce all the measures.

If everything goes as we have been prepped to believe it will, the new lockdown will be firmly in place when we all wake up on Thursday morning –  meaning populations will be expected to ‘stay at home’ except for trips to the shops to buy food/ medication, visits to the doctor, and outdoor exercise (this includes the ability to walk dogs).

The most important job for the government, said Mr Costa, is to guarantee people’s health, and provide support measures for those who need them.