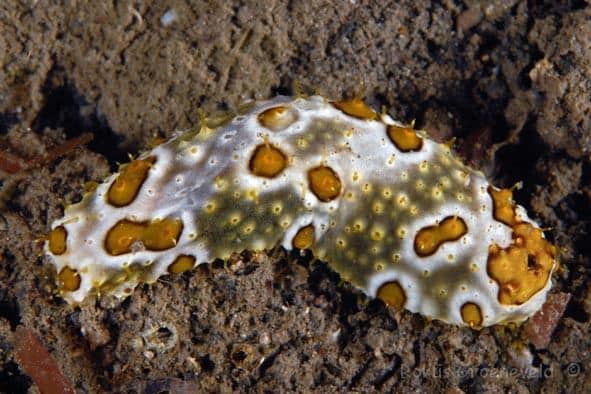 Sea cucumbers – the sausage-shaped organisms that fishermen here used to disparagingly dismiss as “sea penises” – are suddenly under threat now that they have clinched gastronomic status.

Portugal’s latest marine delicacy, they can sell for as much as 150-200 dollars a kilo in certain markets.

Demand is so high that the few countries where they can be found have all but exhausted supplies. Thus the focus is now on Portugal, with fishermen doing everything they can to cash in on the new fad.

Earlier this week in Ria Formosa, near Faro, maritime police foiled a gang due to make a ‘sea cucumber drop’ with a waiting driver.

Three fishing boats were identified, but fled the scene – leaving their 120-kilo cargo unloaded on the beach.

But there are few doubts that the fishermen will return once the coast is clear. And this is a problem that is spurring researchers into calls for urgent action.

Mercedes Wangüemert of CCMAR, the research centre at the Algarve University that has managed to get sea cucumbers to reproduce in aquaculture, explains: “This species is found in a very small geographic area. If it is caught in huge quantities, like it was in Turkey, it can disappear very fast.”

Talking to Jornal Barlavento, Wangüemert said Turkey was literally cleaned out of 700,000 to a million sea cucumbers a day once fishermen there realised how much money there was to be made.

The ‘cull’ became an “ecological disaster” which is being repeated today in North Africa.

For now, Portugal’s supplies are stable, with sea cucumbers being plentiful from the Algarve coast all the way to Peniche. But if legislation isn’t brought in soon, this could rapidly change.

Perhaps the only ‘saving grace’ in this story is that whatever happens, sea cucumbers will be the last to hear about it. According to their description in Wikipedia, they have no ‘true brains’ and no distinct sensory organs.