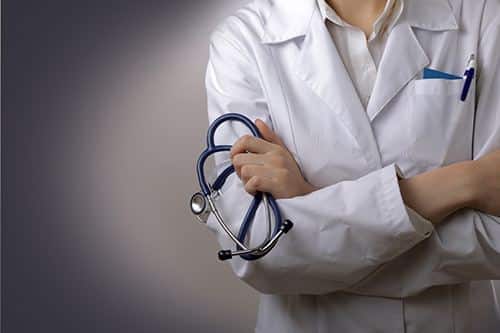 All concerns of Ebola evaporated this week as Portugal was plunged into the worst legionella outbreak in the country’s living memory. As scare stories ran amok, nurses up and down the country prepared a new wave of strike action and surgeries in the Algarve were being cancelled due to a chronic shortage of anaesthetists. Portugal’s health service was yet again in the spotlight, and under fire – but how bad is it? The Resident reports on the flip-side of daily sensationalism.
On the face of it, the legionella scare in Vila Franca da Xira is as “extremely worrying” as health chiefs proclaim it to be. In the space of 24 hours four people were reported dead – with another death from the deadly bacteria later confirmed, followed by a sixth fatality on Tuesday and a seventh on Wednesday – while the number of people flooding casualty departments rose exponentially.
On Friday, 33 were hospitalised, on Saturday that number had risen to 90 and on Sunday papers were variously reporting numbers of 160-180 affected.
By Wednesday, that number had reached close to 300. And as swimming pools and refrigeration towers of factories in the area were shut down, and mains water was ‘reinforced’ with heavy doses of chlorine, the environment ministry revealed it still had to work out exactly where the infection was coming from.
But what newspapers were not rushing to explain was that the death toll so far has been exemplary. At least that is how it was presented to us as we quizzed Algarve health chief Pedro Nunes on the apparently parlous state of the Algarve’s health service.
Dr Nunes explained: “Newspapers aren’t in the business of giving good news. It simply doesn’t sell. So, they concentrate on the five deaths in what is on its way to 300 cases.
“Anyone who knows about outbreaks like this will know that death tolls often average 10%-20% of cases.
“In other words, we could have expected 40-50 deaths at this stage. Yet we have only had six. The Portuguese health service has done very well indeed”.

The Resident was talking to Dr Nunes over recent reports in the Portuguese press concentrating on the lack of anaesthetists in the Algarve, and the fact that doctors generally don’t want to work in the region.
Of the 210 new jobs opened up last summer amid much media publicity, only 28 have so far been filled, while elsewhere surgeries are constantly being delayed or even cancelled due to the chronic shortage of anaesthetists.
Accepting all this to be “perfectly true”, Dr Nunes explained it will all be “very different” within the next two to three years.
“The problem stems from the 90s when there was a concerted effort to cut down on the number of doctors being trained as we already had so many working within the state system.
“There was one year when only 200 doctors were studying. Obviously, we’re now suffering the consequences of those relatively short-sighted central government policies, but we now have 1,700 doctors coming through medical school, and they will all be ready to start work soon.”
And while Nunes agreed the Algarve is still considered a “peripheral area” by doctors – almost all of whom have grown up in other parts of the country – it is the most popular peripheral area of all when the chips are down.
“Once there are more doctors, there won’t be so much ‘choice’. Doctors will have to consider jobs everywhere, not simply in the areas of Lisbon, Porto and Coimbra where there are all the large faculties. And once that happens, everyone’s first choice outside the central areas is the Algarve.”
But what of the lack of anaesthetists? “It’s a real problem,” Nunes admitted. “But we just keep going to the best of our abilities.
“Again, what you won’t read in newspapers is that the surgeries that are delayed, or cancelled, are not in any way ‘life-saving’.
“The life-saving surgeries are the ones that go ahead,” he stressed.
“And, of course, none of the national papers will tell you we recently hired four new ophthalmologists. Nor would they mention the tens of letters of thanks we receive every week from the families of patients, or indeed patients themselves.”

Another little-known ‘advance’ by the region’s health service is the opening of an immuno-allergology unit at Portimão’s Barlavento Hospital.
Welcomed by patients who up until now had to travel to Lisbon for these kinds of tests, the unit is open to adults and children on referral, and is being widely used by GPs at the region’s health centres.
One of the services offered by the unit is allergy skin-prick tests – again, a specialty that has not been available before under the Algarve’s state health service.

Nurses set to strike on Friday

But however one likes to interpret news, the fact that nurses are set to strike for the second time in two months will be cheering no one.
This latest strike will take place on Friday (November 14) and again next Friday (November 21).
In September, nurses held a two-day stoppage over the “serious lack of health professionals” within the service and the strain this put on nurses’ schedules.
Now they are campaigning against salary cuts for overtime, demanding a return to a 35-hour week and calling for more chance of progression within their careers.
Nurses’ union president Guadalupe Simões has accused the government of failing to honour promises in its 2015 State Budget.
Thus as the country grapples – apparently admirably – with legionella, continues to keep Ebola at bay and quietly trains new doctors to fill the gaps in the state health service, be prepared to read more “bad news” predicting systemic collapse and unrest.
Just be aware that none of us should believe everything we read.

As the world’s press picks up on Portugal’s ongoing “major public health emergency”, investigators trying to establish the focus of the outbreak are concentrating on three factories: ADP Fertilizantes, Solvay and Centralcer.
All three have proved positive for the presence of the legionella bacteria in their refrigeration towers, though the greatest concentration is understood to have been found at ADP – better known locally as Adubos de Portugal.
As prime minister Pedro Passos Coelho made a statement to say the Portuguese state was in no way to blame for the outbreak, government sources confirmed that the perpetrators, once identified, face prosecution for “crimes against the environment”, which could involve prison sentences of up to eight years and fines of around €2.5 million.
Meantime, Quercus reports that it has long received complaints from residents in the area about “air quality, noise from the factories and basic sanitation”.
By NATASHA DONN news@algarveresident.com