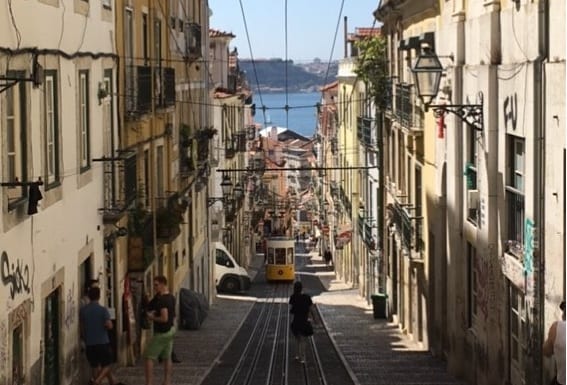 Contrary to a controversial law passed at the end of last year (click here), restrictions to Portugal’s money-spinning ‘golden visa’ regime will not now come into effect on July 1.

New rules, published today in government newspaper Diário da República, bump the deadline forwards by six months, meaning ARI (standing for authorisations of residency for investment), commonly known as ‘golden visas’ – can continue to be sought within the metropolitan areas of Lisbon and Porto, and in coastal areas, for that much longer.

After that, the goal-posts change subtly – removing the possibility to buy habitational properties in the most sought-after locations, but exempting commercial purchases.

Explain reports, the new law “starts by explaining that the Socialist executive decided to alter the golden visa regime so that it can be directed preferentially to the territories of the interior, to investment in job creation and urban and heritage requalification.

“With regard to habitational policy, the government seeks to promote balance and quality in territories, whether they are metropolitan, urban or rural regions, guaranteeing access to decent housing conditions for all”.

What this means is that anyone seeking to buy property in exchange for a golden visa in Lisbon, Porto or a coastal area like most parts of the Algarve now has a golden window until the end of the year.

After that says Idealista website:  the law makes it very clear that a golden visa for the purchase of property for a value equal or above €500,000 “is only permitted when these properties are in the regional autonomies of the Azores and Madeira, or in territories of the interior” on the mainland.

But for investors interested in commercial property, the new law holds no restrictions – and this has delighted the real estate sector.

Said Hugo Santos Ferreira, vice president of APPII, the Portuguese association of property promoters and investors: “On first analysis, the new legislation safeguards investment made in the commercial segment. Offices, retail, commercial and touristic apartments continue to be covered by the programme, meaning investment can continue in Lisbon and Porto…”

He also believes the new law safeguards venture capital investment funds that were being set up to raise Asian capital – “namely from Hong Kong” – so that they could be eligible for golden visas, again in Lisbon and Porto.

All in all, Mr Santos Ferreira isn’t complaining – and neither are any others in the sector likely to.

He told Expresso: “We see the fact that these alterations only come into force next year as very positive, as it will give us all time to readjust investments in the pipeline”.

The property sector has been strident in its belief that now, particularly, in the grip of economic meltdown, is not the moment to ‘restrict golden visas’ that have seen billions invested in Portugal since their inception in 2012.

As to other ‘changes’ in the law, these increase values for investment eligible for this form of  fast-tracked residency: capital transfers now will have to be €1.5 million (increasing from €1 million); investment in scientific investigation is to increase to €500,000 from the previous €350,000.

Say reports, the new rules will apply to all golden visa requests received after January 1 2022.

The government stresses however that these changes “do not prejudice the possibility of renewing or granting renewal of visas for family reunification when the residence permit for investment has been granted under the current law”.