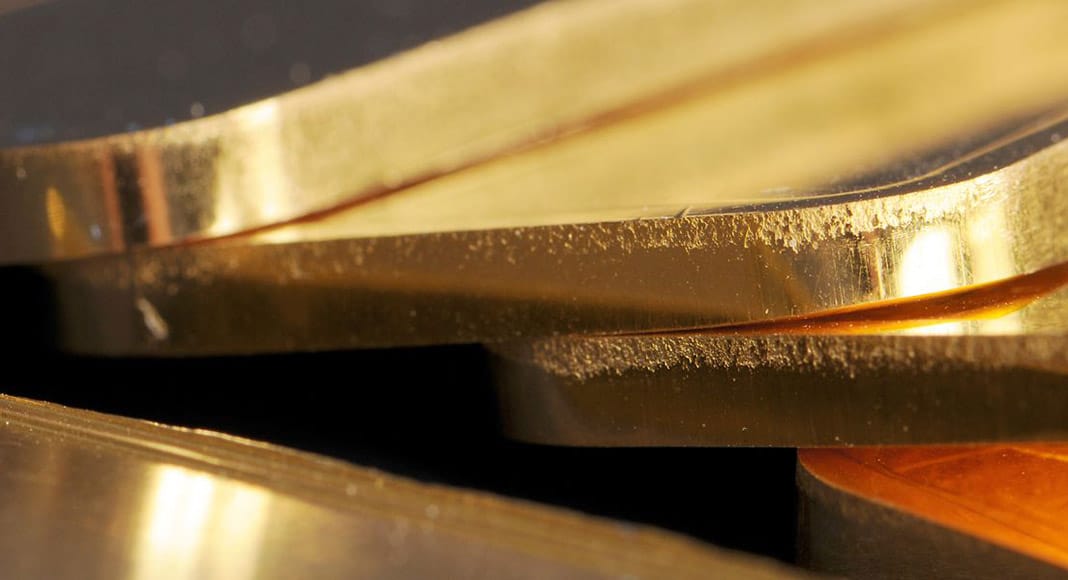 Portugal’s rather dubious gold reserves have benefited massively from the pandemonium created by Covid-19.

The pandemic has seen the price of gold skyrocket – and although this country is constantly viewed as ‘less than affluent’, it has got a glittering trump card: around 383 tons of gold bullion, stacked up and seemingly going nowhere in the vaults of the Bank of Portugal.

Back in 2014 – when reserves again were on a high – the value of Portugal’s gold was estimated at around €13 billion.

Historian and journalist Neill Lochery at the time resurrected calls for a probe into the provenance of the gold – bearing in mind most of it came from the Nazi’s during the war in payment for wolfram – a unique ore mined in Portugal that hardened steel and became a vital component of the German armaments industry. Portugal’s dictator António de Oliveira Salazar insisted in payment in gold as he was said to be wary that otherwise the Nazi’s might have paid for it in forged bank notes. But the gold was stolen from murdered jews – and thus the keenness of people like Neill Lochery to see ‘proper investigation’.

“A new investigation would offer the survivors and the relatives of the victims of the Holocaust one last chance for justice”, wrote Lochery in the Wall Street Jornal back in 2014.

His bid however appears to have bitten only dust.

And now the reserves have grown by a whopping €7 billion, at least.

Says ECO online “the strong increase in value per ounce” registered since the start of the pandemic has seen the stash in the vaults of the central bank suddenly worth “more than 20.660 billion euros”.

And yes, Portugal could ostensibly use some of its gold to pay off its not inconsiderable debts.

The country was “bound by an agreement signed in 1999 by several central banks, including the European Central Bank, which limited the sale of gold.

“At the turn of the century, Portugal was still making some sales, but the strategy carried out under the leadership of central bank governor Vítor Constâncio, was not continued by Carlos Costa (who has only now retired after a fairly dramatic ten year mandate click here)”.

The 1999 agreement has also gone by the board. Says ECO, the ECB considered it was no longer necessary as no central bank had sold gold for years, indeed, if anything, banks had been buying it.

Thus, in theory, Portugal COULD start selling some of its gold again – and it does now have a new incumbent at the top (former finance minister Mário Centeno)…

Who can tell? Says ECO, when the pandemic hit, “the debate resumed on the possibility of using the gold reserves of the Bank of Portugal to help the State out of the crisis”.

At the time, however, a source for the Bank told the paper “there is no intention to make any sale”.
That was in April – three months before Mário Centeno took over as the new governor.