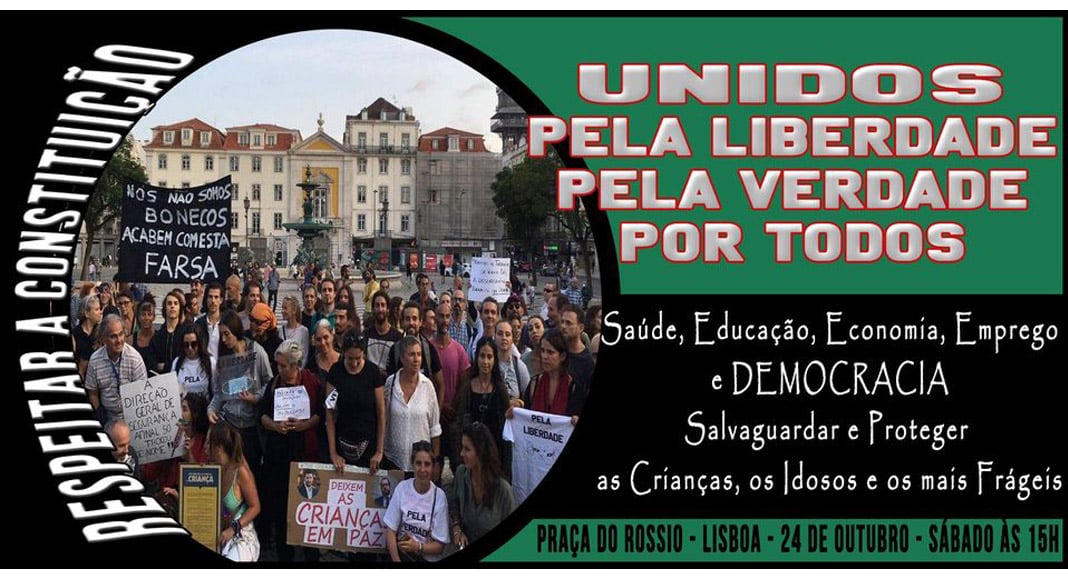 A battle is underway between Portugal’s General Medical Council and what it sees as ‘rogue doctors’ trying to underestimate the pandemic via posts on social media.

Says the council, these doctors are “putting public health at risk”.

If they continue with their ‘campaign’ exhorting people not to wear masks or be afraid “intensive care units will become saturated”, warns president Miguel Guimarães.

The doctors themselves have responded in kind, mounting a ‘Popular Action’ to contest the ‘restrictive measures’ brought in by the government, and organising a protest to take place in Lisbon over the weekend alongside like-minded activists from other professions (namely journalists and lawyers).

But as commentators have pointed out, this is getting ‘a little out of hand’.

“This ‘cancel culture’ where no other opinions are allowed, even from professionals, is baffling journalist Alberto Gonçalves who told Observador online that as Covid-19 is ‘a new virus’, no-one really knows the answers.

“Studies, based on hunches, are published every week and then refuted later…”

Thus he cannot ‘understand’ why the General Medical Council’s is ‘trying to silence’ at least six doctors that have been cited in the disciplinary process.

The dissenting doctors’ belief is that masks should not be worn as constantly and ubiquitously as ‘ordered’ and that the ‘mass testing’ of people who don’t even show symptoms is unnecessary and indeed counter-productive.

Gonçalves’ own view, he said, is that the virus is not as ‘devastating’ as it has been officially portrayed, though of course that is not to say that people should not be taking measures to avoid it.

The ‘problem’ with this situation of doctors going against other doctors is that it demonstrates an intolerance to any alternative narrative – and in a democratic society that constitutes censorship.

Put the power of social media into the mix, and anyone trying to ‘control’ response to the virus, will have an uphill struggle.

For now, thousands of people from all over Portugal are following the various social media pages (Médicos de Portugal/ Jornalistas Pela Verdade/ Advogados Pela Verdade/ Unidos Pela Liberdade! Pela Verdade! Por Todos!) and the protest planned for this weekend will be convening at Praça do Rossio in Lisbon at 3pm.

Meantime, mainstream media is starting to highlight the consequences of health authorities’ apparent ‘tunnel vision’ on Covid. SIC television news, for example, reports that there are now over a million consultations that have been ‘delayed’ and “at least 100.000 operations”.

Says the station: “People are waiting several months for surgeries that are considered urgent”.

It won’t be long before the exponential increase in ‘excess deaths in Portugal since the pandemic’ (an increase that is over three times that of the number of deaths from Covid-19) is linked unequivocally to this mounting backlog.