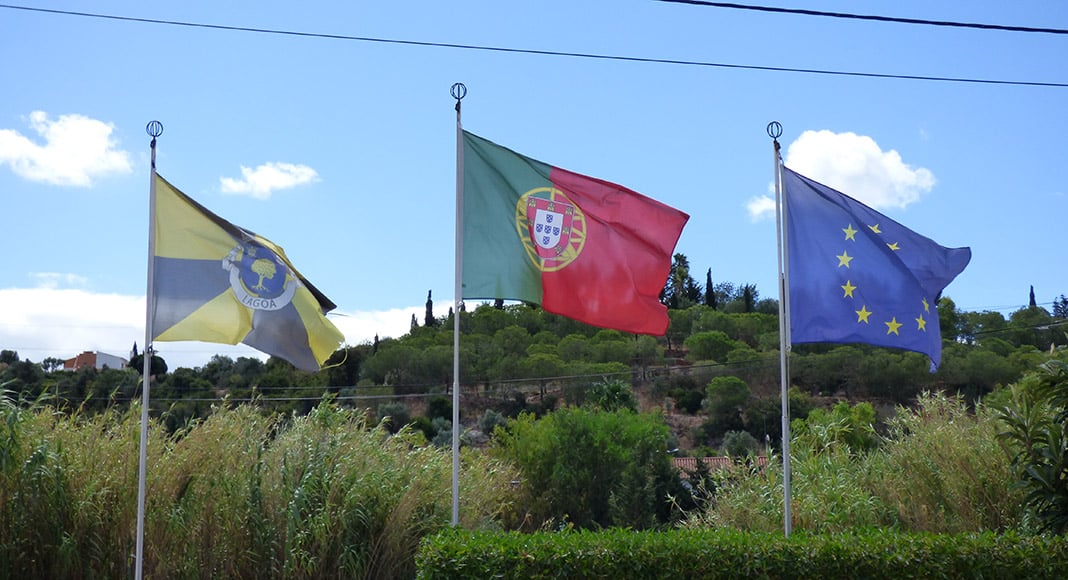 Watching the Olympic teams proudly carrying their countries’ flags made me wonder about the flag designs, so I became a temporary vexillologist because vexillology is the study of flags.

I was surprised to discover that many national flags are 19th and 20th century designs. Portugal’s flag was only adopted in 1911! I could have told you that it was green and red with a shield in the middle and that was all, so it was interesting to learn how it came about.

Historically, flags were used for identification in battles. Seventeenth-century sailors used them for national identification and subsequently they became a means of naval communication, then a military and political symbol. Only since the 18th century have they been used to indicate sovereignty.

The oldest flag still in use is Denmark’s 13th century flag, with its white cross on the red background, which, according to legend, was sent from Heaven to help the army during the Battle of Lyndanisse in 1219.

Most flag designs evolved because of historical events and thus portray the country’s history, beliefs and strengths. They are used to show unity, loyalty and pride, clearly evident in scenes of people waving their country’s flags during a royal visit or a sporting event.

When Portugal hosted the 2004 European Football Championship, the Portuguese flag was displayed everywhere on houses, in offices and on cars as people showed support for their country. Equally, because a flag represents a country, it is often destroyed in protests against said country.

Many rules surround the exhibition, use and treatment of a flag. For example, the Dutch flag cannot be flown at night and in America the flag must be folded up a certain way. Individuals who made an exceptional contribution to or who sacrificed their lives for their country are honoured with the flag draped on their coffin.

Contempt of a flag can be a legal offence and in Portugal any disrespect is punishable by two years in prison, as a university student found out in 2014 when he hung the flag on some gallows for an art project. He was exonerated when the judge ruled that although the flag had been disrespected, the student had a right to freedom of expression.

Portugal’s flag has evolved since the Kingdom of Portugal was formed in 1139. After the Republican revolution of October 5, 1910, the royal blue and white colours and crown symbol of the overthrown monarchy had to be substituted.

They chose the colour green to symbolise hope and because it was on the republican revolutionary flag, and chose red to reflect the colour of blood, bravery and victory.

The astronomical navigation armillary sphere, which had been on a previous flag, honours Portugal’s ‘Age of Discovery’ maritime success. Over the sphere is Portugal’s coat of arms that has changed slightly but which has been present on most of Portugal’s preceding flags.

The five blue emblems displayed as a Christian cross are a reminder of the five Moorish kings defeated by Portugal’s first King Afonso Henriques in the 1139 Battle of Ourique. The five white bezants (gold coins of the east) within each emblem represent Christ’s five crucifixion wounds. Finally, the seven castles symbolise the ones that King Afonso won during the conquest of the Algarve which ended in 1249.

Every country’s flag has a story to tell. Britain’s 1801 union flag links the Kingdoms of England, Scotland and Ireland. The central red cross bordered by a wider white cross on the blue background represents St George, patron of England. The white diagonal cross is a reference to Scotland’s patron St Andrew and Ireland’s St Patrick is represented by a red diagonal cross. Wales is not independently shown because it was never a separate kingdom. This Union flag also appears in the top left corner of many flags of former British colonies.

Orange is prevalent at Dutch football matches, but the Dutch flag is red, white and blue. The flag used to have an orange stripe as used by William of Orange since 1577. However, orange was replaced by red because the King cannot become head of state, although the orange striped flag is still used during public holidays. The flag of New York is blue, white and orange because of New York’s Dutch history.

In the 1800s, Germany’s black, red and yellow tricolours symbolised efforts to unify the German states and although this flag was abolished when Hitler took power in 1933, it was subsequently reinstated after the war.

During the 18th century French revolution, the revolutionists red, blue and white colours symbolised freedom and consequently became associated with the creation of the modern French Republic. Their flag was adopted in 1848.

Perhaps most recognised is the flag of the United States, which represents freedom, liberty and human rights, and was created with 13 stripes and 13 stars to symbolise the first member states. As new states were formed, the stars increased with Hawaii becoming the 50th state in 1960.

Whilst every country’s flag is different, certain symbols and primary colours reoccur universally. Popular astrological symbols include the sun’s power, the moon’s divinity and the stars’ energy. Triangles depict power and strength and crosses are symbolic with faith.

Red colours represent power, revolution, courage and bloodshed. Blue is for good fortune, determination and liberation. Green depicts prosperity, hope, agriculture, whereas yellow is for wealth and energy. Orange is for sacrifice, courage and selflessness. Black indicates determination, mourning and enemy defeat, and finally white signifies peace, purity and harmony as well as surrender in battles.

Did you know that only three world flags are not rectangular? These are the Swiss square flag, the Vatican flag and Nepal’s 1962 flag with its two blue lined orthogonal triangles representing the Himalayan mountains, peace and harmony. The moon and sun symbols represent the peoples pure spirit and fierce resolve and the hope for lasting Nepalese independence.

Driving around Lagoa and Carvoeiro, I found a few Portuguese flags, Lagoa City flags and the European flag designed to represent unity, solidarity and harmony. I also found a cow with a flag on it!

I am proud of my Portuguese heritage and enjoy Portuguese history, but I do not think I will instal a flagpole in the garden just yet – although I would not mind having the cow. 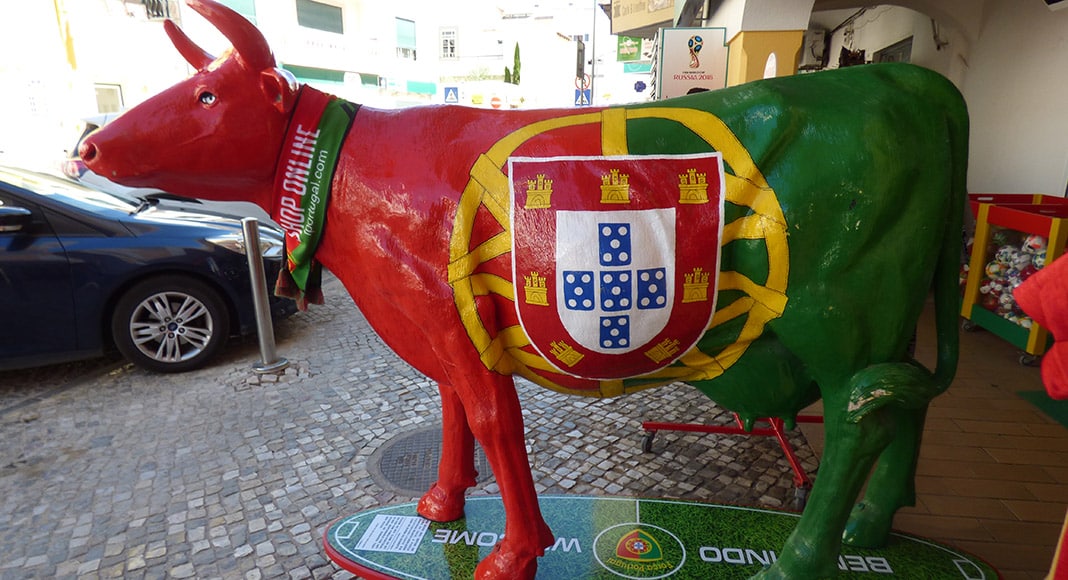 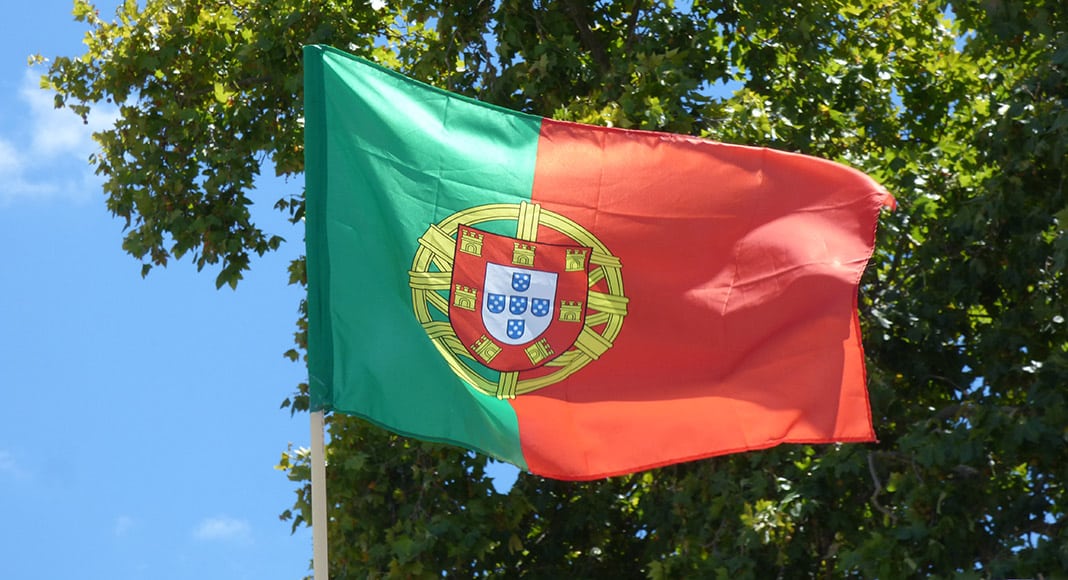 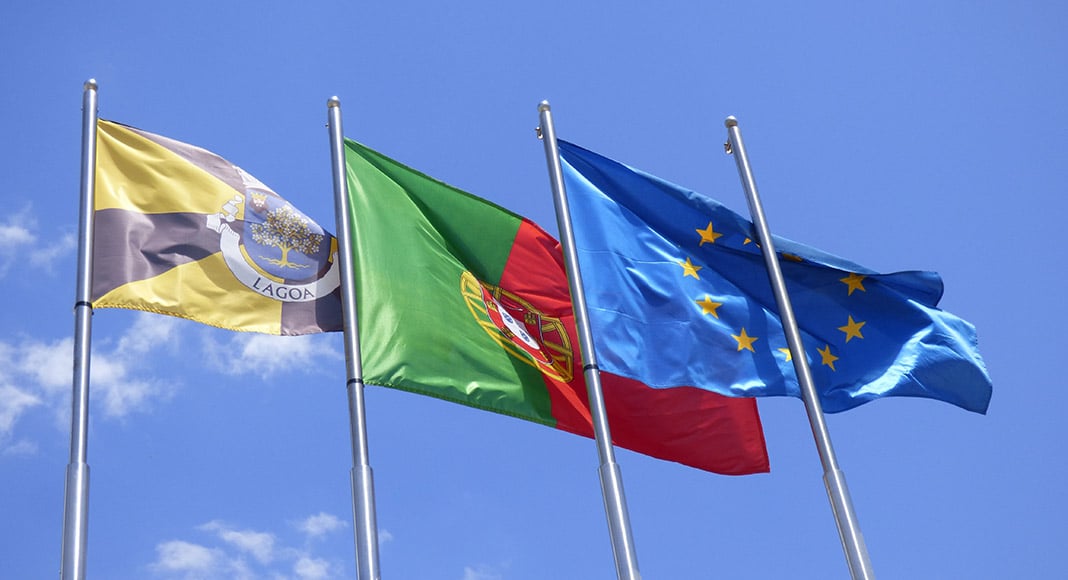