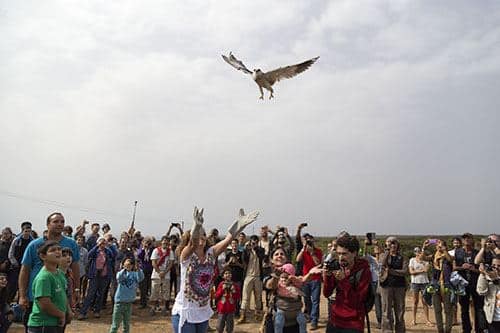 Last year, in the run up to the General Election, the then PSD leader Manuela Ferreira Leite told an astonished audience at the American Club that Portugal needed a few months of dictatorship “to put the country’s finances in order”.

Of course the economist, who went on to lose the General Election, was joking, but sometimes there is a grain of truth and a pearl of wisdom in even the most shocking of comments.

Now I am not saying that Portugal needs a return to the days of António Oliveira Salazar – perish the thought – the price paid would be far too high in terms of essential democratic freedoms.

But it is interesting that the only time Portugal has managed to seriously balance her books for any length of time since the Independence of Brazil in 1822 (and Portugal misspent the wealth it made there incidentally) was during the period of the dictatorship between 1928 and the end of the dictatorship in 1974.

That was done at a great price: there was no social security system to speak of, no quality universal secondary education, no national health service and no decent unemployment benefits system. In short there was no Welfare State.

In fact, Portugal has been bankrupt several times in the past century or so. There was the crisis of 1891 under the Monarchy, which struggled unsuccessfully to right the nation’s finances up to and beyond the end of the Old Regime.

The financial chaos during the 1st Republic, made worse by Portugal’s involvement in the First World War, also ultimately led to her bankruptcy by the end of the 2nd Republic and paved the way for military dictatorship and Salazar’s regime.

Then the costly Colonial Wars and the fall of that dictatorship in 1974 led to a further period of financial instability which lasted into the early 1980s.

Finally, Portugal has been on a long, drawn out road to financial ruin since the late 1990s, which has culminated in virtual bankruptcy in recent months – aggravated by the world financial crisis and European Sovereign debt crisis since 2007.

The problems have always been the same: living beyond her means and the inability to modernise sufficiently quickly and close the gap with European partners; and a difficulty in becoming sufficiently competitive and productive, partly because of Portugal’s peripheral position in Europe and partly because of a lack of raw materials such as coal, iron, natural gas, crude oil, copper and other important commodities.

As many economists have stated, the country lost a golden opportunity to modernise and reform with the gravy train of funds that came from her joining the European Community in 1986.

Portugal’s political class has never succeeded in reducing the weight of the State on economic life and its huge public administration, which only got larger with the return of hundreds of thousands from her former colonies after the wars.

Unlike other countries, the largely twin party system that evolved after 1974 has become an uncontrollable monster that has proved incapable of extricating itself from a party-led public sector careers structure rather than restricting itself to creating the right conditions for a healthy private sector to flourish.

The result has been a kind of gargantuan and out-of-control nanny state which provides so many over-paid jobs in largely badly-run and sometimes meaningless public sector companies which no government since 1974 has seriously dared to tackle.

We often hear from Portuguese commentators that the country’s political class is weak, corrupt, entrenched and nepotistic in terms of party affiliation.

But as Tolstoy once said, a nation deserves the leaders it gets and there has been a breathtaking failure by the Portuguese people to take responsibility and get rid of mediocrity.

The Portuguese have never quite managed to hold their leaders to account and see them for what they should be – public servants elected to run the economy and society correctly rather than opportunistic and parasitic social climbers using the system for their own personal gains.

It seems sad that Portugal’s eternal problems – and everyone knows what these are – are acknowledged but never dealt with.

Over the past 12 years, I have found myself consistently writing about the same themes: corruption, jobs for the boys, lack of accountability and transparency, financial mismanagement, lack of productivity and competitiveness and an inflexible and unsustainable political and economic system.

The prescriptions to turn the situation around have been gone over umpteen times by a myriad of economists and I’m not going to repeat them again here.

Now the old arguments and excuses won’t do. The European Union has told Portugal and, interestingly enough, both the leader of the PSD and PS, that it must meet its financial and fiscal obligations before Europe if it wants to remain part of the EU club.

Either it does that or it had better leave. The days of free lunches are clearly over.