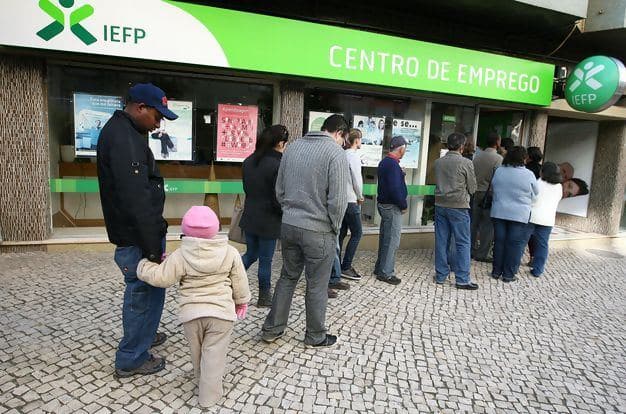 Despite all the pressure emanating from Brussels on the new Socialist government to toe-the-austerity line, there is some ‘encouraging news’ today: Portugal’s economy grew by 1.5% overall last year, with 1.2% growth registered over the last four months, which were particularly dogged by political unrest.

The figures, released today by INE – the national statistics institute – followed news that unemployment was not doing quite as well.

Figures for the last four months have shown an increase of 0.3 percentage points which translates into 15,000 more people out of work.

TVI24 explains that the big picture shows unemployment nationally is down compared to 2014, but the bottom line is that Portugal still has almost 634,000 people looking for jobs.

Meantime, news stories concentrating on harsh words from Brussels can be found in all the nation’s papers.

Público concentrates on warnings by Germany’s finance minister Wolfgang Schauble that Portugal could “perturb the markets” if it back-tracks on the ‘successful’ path of the last government; Correio da Manhã runs with a story on how the Eurogroup says Portugal “could do more” to tackle its deficit, while Jornal de Notícias covers a speech by former PM Pedro Passos Coelho invoking the horrors of Greece and saying he hopes they do not happen in his homeland because the government has put the confidence of the country at risk with “imprudent” and risky budgetary plans.

But as Minister of the Presidency Maria Manuel Leitão Marques explains, market jitters affecting Portugal’s interest on sovereign debt are much more a reflection of problems ongoing throughout the Eurozone than anything to do with the government.

“Confronted with the fact that interest on Portugal’s 10-year debt has reached 4.5%, Maria Manuel Leitão Marques said that ‘naturally the government cannot fail to be concerned, but as is known this instability is unfortunately global and international, affecting some countries more than others,” writes Público.

Marques concluded: “We are monitoring this situation which affects the whole eurozone very closely.”