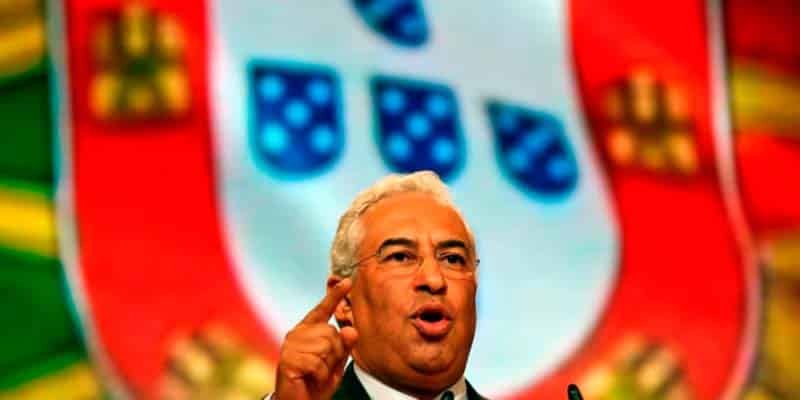 Reuters international news agency has used the example of a 40-year-old train that lost its engine on a trip between Porto and Valença earlier this month as a metaphor for the state of the Portuguese economy.

Under the headline “Portugal’s economy – an express train at risk of derailing”, agency writers say the “incident was a shocking reminder of Portugal’s chronic underinvestment in public services and the hidden frailty of its economic rebound” – a rebound that we have all been told is losing steam.

Yes, on the face of it, the economy is ‘booming’: enjoying its highest economic growth in nearly two decades, fueled by record tourism, an upswing in the housing market, a growing tech sector and strong exports. “But for every glitzy new hotel and fancy restaurant in Lisbon there is a creaking bit of infrastructure or aging locomotive…” explains Reuters.

Coming hot-on-the-heels on the message of of the latest centre-right no confidence motion (click here), it’s the last kind of analysis ruling PS Socialists want in the run up to this year’s national elections campaign.

Commentators have already said there is “no chance now” of the Socialists being ‘swept to power’ without the support of left-wing allies that have been something of a stone in their shoes for the last four years.

Speaking to Ricardo Arroja, visiting economics professor at the University of Minho, Reuters heard more of the same, now from a source that falls into the class of ‘experts’.

Said Arroja, the government has not been taking a ‘long-term view’.

“Since the start of the legislature, this has been navigation by sight”.

The government’s ‘answer’ may be that ‘it has had little choice but to prioritize cutting the deficit to gain credibility among investors and help the economy recover’, but Reuters explains it is still not doing enough to “offset the depreciation of State assets”.

“A recent report by the International Monetary Fund found Portugal actually had net public investment of about negative 1.2 percent of GDP in 2016, putting it at the bottom of a list of 26 rich countries, including Greece, Italy and Spain”, says the agency.

Prime minister António Costa may have delivered on some areas of his last electoral campaign – reducing taxes and raising pensions – but as he faces a key election year, the lack of public investment “is coming back to haunt him”.

Billionaire investor Paul Kazarian claims attempts to redress balance at this 11th hour (announcements for example over the expansion of Lisbon airport, or the extension of Porto’s Metro system) “aren’t using a balance sheet framework. They are using debt”.

At the same time “economic growth in Europe is slowing and global trade rifts rising”.

In other words, if the risks on the horizon start materialising, Portugal’s express train could rapidly come off its rails.