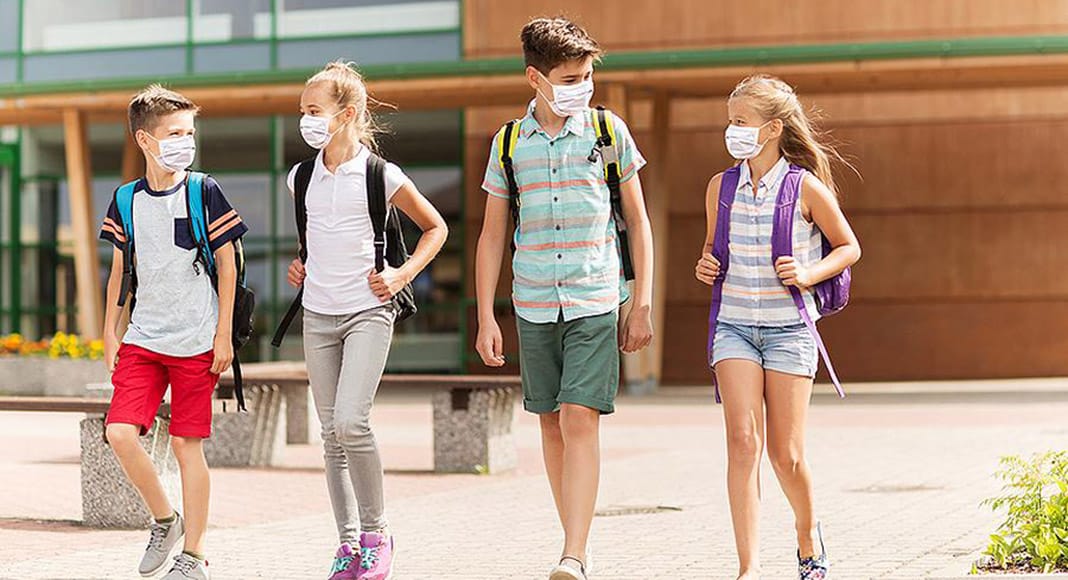 In the wake of another topsy turvy week in which the education minister ‘echoed the wishes of the health minister that all children aged 12 and over would get vaccinated against Covid-19 in August’, Portugal’s specially appointed vaccination technical commission has reached a very different conclusion – mirroring that of the UK (and following World Health Organisation (WHO) orientation).

“The group of experts created in November to recommend appropriate strategies in respect of vaccination only advises that youngsters between the ages of 12 and 15 be vaccinated if they have comorbidities of risk for Covid-19”, explains Público today.

News channels elsewhere seem to be running with a slightly different message, however.

SIC television for example says the commission says children SHOULD be vaccinated from next month, but that the decision is “far from consensual”.

Bearing in mind Público’s report is more thorough, and in line with pediatric thinking (click here), the bottom line is that the final decision rests with the DGS (Portugal’s general health directorate).

DGS director general Graça Freitas has already shown her hand when it comes to this subject, suggesting the vaccination of children is required in order to attain herd immunity (click here).

But this is exactly where the ethical issues lie: is it correct to use children in this way, particularly when long-term consequences of these vaccines are still unclear – and perhaps more importantly, when rare side effects in young people have already sent up a number of red flags?

A source “close to the process” told Público: “There are no decisions in this pandemic that do not have advantages and disadvantages. There is nothing that is clearly ideal. And in children it is particularly difficult to assess risks and benefits when so little is known. There is no country that has been vaccinating these age groups en-masse to see what happens. We know the risks of the vaccine and the risks of hospitalisation and serious illness in children. In both cases they are rare phenomena. As such it is difficult to see where the scales weigh heaviest”.

Like experts in the UK, the commission’s recommendation is that “this question continue to be accompanied and that the general rules adopted by other age groups continue to be followed”.

In other words, this is a “provisional decision that could change if evidence emerges that tips the scales either way”, said the source.

Says Público, since the FDA in America (Food & Drug Administration) said 12-15 year olds could be vaccinated with the Pfizer jab, EMA (the European Medicine Agency) has said the same. Some countries, like France, have opted to recommend vaccines in this age group, others, like England, haven’t.

A matter of days ago, the ECDC (European Centre for Disease Prevention and Control) reported that Pfizer is now conducting trials on children between the ages of 5 and 11, “using smaller doses of the vaccine”.

“The results are expected in September”, says Público – although again these will only be partial results in that not enough time will have been taken to study the effects long-term on ‘volunteers’ (presumably put forwards by their parents).

Mid-June, says the paper, 14 countries in and outside Europe were discussing the possibility of the vaccine being administered to children below the ages of 12.

In other words, pediatricians against such a scenario still have their work in highlighting the potential negative consequences cut out for them.

For now at least, it looks like ‘the experts’ have come down on the side of caution.

It remains to be seen if the authorities take their lead, or forge ahead with what will be a political choice.

The important aspect for parents is whatever the DGS decides, the national vaccination programme is not mandatory. No-one can force any vaccination on any child, let alone one authorised for ‘emergency use’ in a pandemic that almost never adversely affects children.

Talking to Lusa this week, Jorge Amil Dias president of the General Medical Council’s College of Pediatric Speciality stressed “it is not an emergency to vaccinate children” because “the population most at risk is the adult population”.

He says his college would like to see “solid evidence” that guarantees “the vaccines are effective” and “entirely safe”.

Público ends its report today reminding readers that the WHO believes that vaccination of children “should not be a priority” bearing in mind the millions of adults are still waiting to be protected in poorer countries that have little access to these emergency use vaccines.