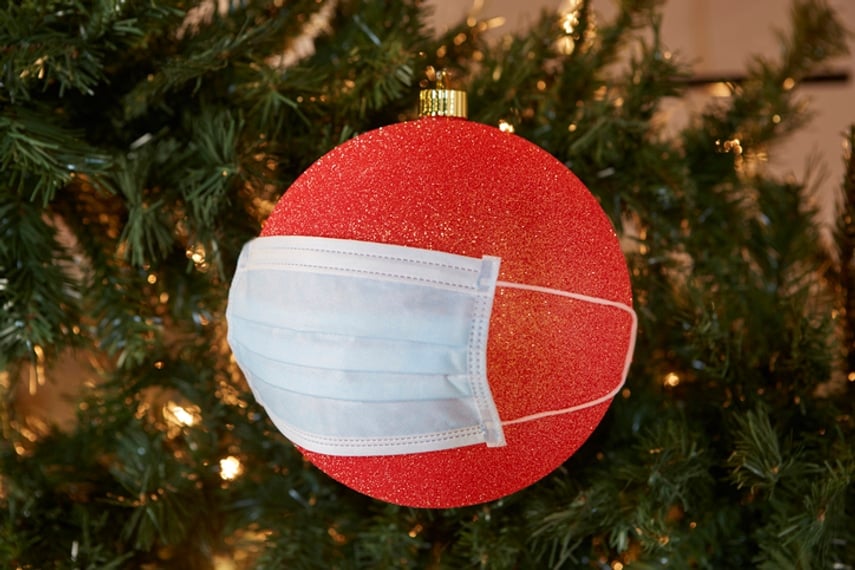 Expresso carries a full page under the grim headline: “Without care at Christmas, an increase in cases and deaths is a certainty” – pointing to a forecast for as many as 800 deaths in January if families don’t rein in festive enthusiasm.

Tabloid Correio da Manhã goes even further, suggesting the Christmas fall-out could see 1,500 deaths by the end of January.

Cited is research in the form of two studies – one by mathematician Henrique Oliveira, vice-president of the Superior Technical Institute of Mathematics, the other by doctor Henrique Barros of the University of Porto.

Dr Barros’ study was undertaken for medicines authority Infarmed – one of the entities the government will be consulting before next Friday, December 18, when the final decision over the festive period is to be made.

As things stand now, the country is essentially ‘opening up for Christmas’, with people allowed to travel across the country and visit friends and family from December 23 to 26 (click here).

But while this is a plan that delighted so many when it was first announced, experts suggest it may simply be ‘too much, too soon’.

Henrique Oliveira’s calculations were taken on the basis that active infections could be coming in at an average of 2,000 – 2,500 per day by December 24 (they are currently roughly double this number, but by and large ‘going down’).

Oliveira told Expresso: “We are trying to dampen the fire and we are succeeding. But (as plans stand now) it’s like for two days we drop our guard and even throw in some petrol. Then on December 27 we will try to put out the fire again…”

The festive ‘restrictions amnesty’ will bring a “brutal mixing of people”, in Oliveira’s opinion, seeing them crossing the boundaries of boroughs with high incidences of the virus to regions where it is (currently) manifesting low.

Meetings in the main will be in enclosed spaces, with people who may spend many hours round tables not wearing masks…

As Expresso points out, the Portuguese government hasn’t even set a limit for the number of people round the Christmas table – while limits have been set in other European countries.

The paper also gives the example of how Thanksgiving celebrations in the United States last month saw ‘millions of Americans travelling to be with their families’ and resulted in further drama in terms of new infections and deaths occurring a few weeks on.

Expresso adds that thousands are booking Covid-tests before the Christmas break in a bid to ensure they are not infectious before mixing. This however is rife with issues as laboratories all over the country are already massively booked, with some registering a thousand appointments for tests in the three days before Christmas.