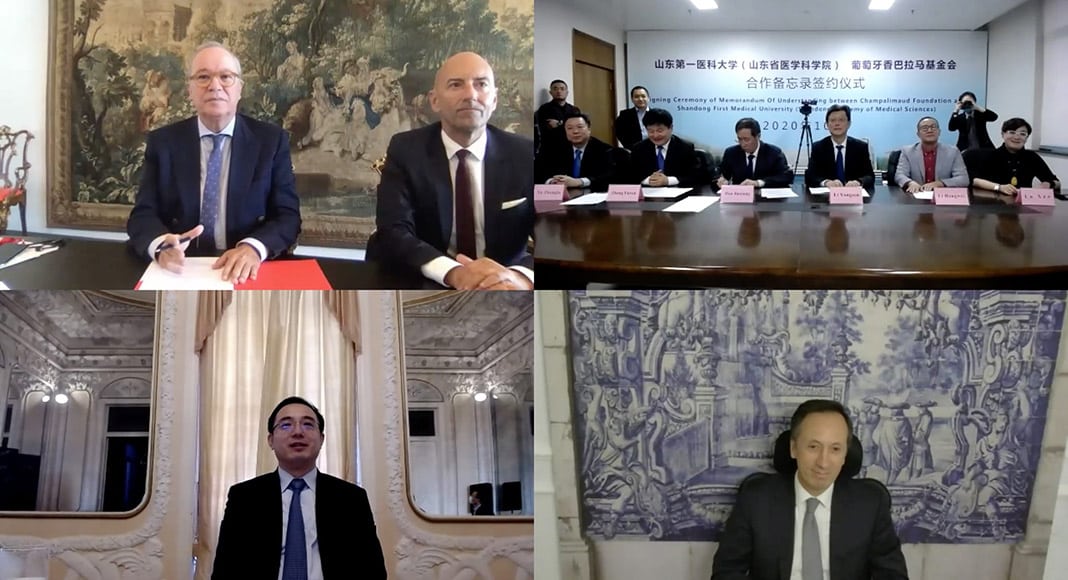 Portugal’s Champalimaud Foundation has signed a groundbreaking partnership deal with China’s Shandong Medical University designed to create the world’s first institute dedicated to immunotechnology – an investment that promises to run to around 85 million euros.

But while the initial focus is on ‘investigating and treating cancer’, it’s clear this is just the first of many new plans for a form of ‘Europe-China axis’.

Said a statement put out by the Champalimaud Foundation: “In the long term (the partnership) is intended, in general, to foster and expand the strong connection of the Immunotechnology Center to industry, academia and local, regional and national government: to expand collaboration and international cooperation programs and to contribute to the development of a Europe-China axis, with the Champalimaud and Portugal as an important and to a certain extent privileged partner”.

In other words, Monday’s agreement – signed in the virtual presence of José Augusto Duarte, Ambassador of Portugal in Beijing and Cai Run, Ambassador of the People’s Republic of China in Lisbon – paves the way to increased synergies with China just a week after a United States envoy visited Lisbon to warn the country represents “a real and urgent threat to democracies throughout the world”.

But back to the immediate plan: a cure for cancer. Say reports, the clinical research and collaboration project will be led by Professor Markus Maurer, Champalimaud’s principal investigator in immunotherapy and immunosurgery.

Said the foundation, initial focus will be in “modulating the patient’s or donor’s immune system to fight, among other possible pathologies, cancer. Immunotherapy is particularly relevant as a line of treatment in aggressive cancers, difficult to treat, for which there are few therapeutic options, thus leading to high rates of mortality and morbidity”.

One of the cancers that could most benefit from immunotherapy, says the statement, is pancreatic cancer – essentially because it is “mostly silent, non-operable and fulminating”.

The plan is for the centre to be based at the Shandong university with the Chinese partners “being closely linked not only to its creation and organisation but to its long-term management”.

The center “expects to attract, in a second phase, direct investment from other public and private entities, inside and outside the Shandong region”, said the Champalimaud statement – suggesting this is just another of the famous Belt & Road ‘cooperation agreements’ signed with China’s President Xi when he visited Portugal two years ago (click here).