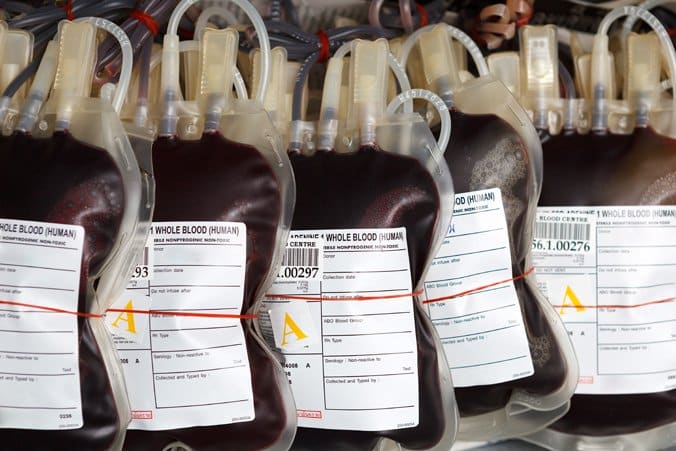 Portugal’s blood stocks are running low – some only guaranteeing another four days of supply.

According to the Portuguese blood institute, lowest reserves are those for type O-, A- and B-.

Explains Joaquim Silva of the Portuguese federation of blood donors: “Holidays and vaccinations underway against Covid-19 have reduced donations.

“The situation is very worrying because hospitals are picking up on surgeries, trying to recover the delays caused by (focus on) the pandemic, but without blood this will be difficult”.

People cannot give blood for seven days following receipt of either first or second doses of any Covid vaccine.

This, plus the fact that so many are currently ‘away from home’ on holiday right now is believed to be why supplies have reached such a critical low.

Another could be the fact that many foreign donors are turned away on the basis that they may have been in the UK in the late 80s at the time of mad cow disease.

O- is used as a universal donor-type, though people of this blood group can only receive O-.

Much has been written of the blood-types most susceptible to Covid-19.

In the early stages of the pandemic, some reports suggested people with A-type blood were more susceptible than those with O-type. This was later ‘quashed’ but has since been resurrected in a new study published in February which found that susceptibility to the virus, and risk of serious illness and death is higher in blood groups A and B than it appears to be in blood group O (click here).