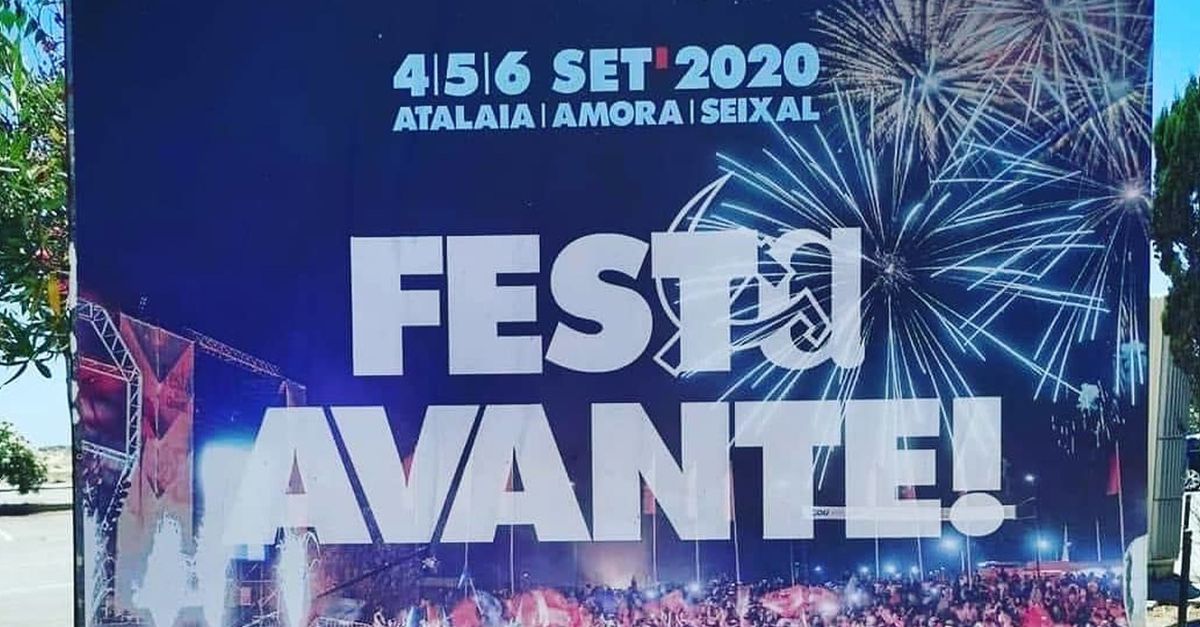 Portugal’s Avante communist party festival has been given the green-light for 16,500 revellers, sparking international media reports of a European ‘one off’.

Says the New York Times the decision comes as the Socialist government “is seeking political support from other parties, including the communists”.

Health minister Marta Temido however insists the decision is sound.

“The rules have been well thought-out”, she told reporters.

The whole subject of the annual Festa do Avante has been filling column inches for weeks in spite of the fact that the PCP Communist Party is now very much a minority party in Portugal.

This will be the 44th Festa do Avante which in its heyday used to see as many as 100,000 gathering to celebrate their political fraternity.

This year the PCP had been hoping to greet 33,000 supporters – but DGS health bosses have reduced this number by half, with various other provisos.

Masks must be worn by everyone (other than children under the age of 10), and alcohol cannot be served unless accompanying a meal from 8pm onwards. All ‘events’ are for people who must be ‘seated only’ (even if this means on the ground).

The Festa, takes place this weekend – starting on Friday, closing on Sunday – in the 30 hectare estate of Quinta da Atalaia in Amora, Seixal (on the Lisbon outskirts).

News that the event has been allowed to go forwards continues to divide national popular opinion. PSD leader Rui Rio has called the DGS green-light “ridiculous and unacceptable”, while many local businesses have decided to close for the weekend to avoid any risk of contagion and subsequent ‘lockdown’/ quarantine measures.