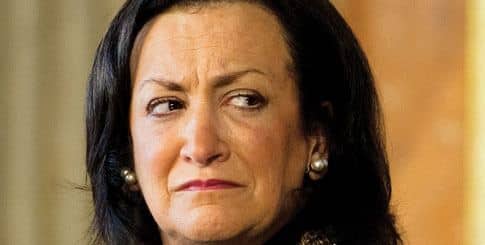 A horrific dossier of torture has been submitted to Portugal’s attorney general Joana Marques Vidal, cataloguing repeated atrocities alleged to have been committed by Indian police ‘camped in Lisbon’ awaiting the result of extradition charges.

The three policemen are variously accused of torture, ordering torture and, in the case of two, accused of killing a political prisoner.

It is just the latest development in the complex case that sees an Indian Sikh and father-of-four from Smethwick, in the West Midlands, approaching his seventh week in jail in Braga.

As the Resident has been reporting since the detention of Paramjeet Singh on a Red Notice issued by Interpol, MPs, MEPs and thousands of Sikhs have suggested this whole case is nonsense (http://portugalresident.com/portugal-%E2%80%9Cmay-be-acting-illegally%E2%80%9D-by-holding-indian-arrested-in-albufeira).

Even this week, new voices in Britain’s House of Commons are coming forwards to press the country’s authorities to take action once and for all.

The issue centres on Portugal not being the place for Mr Singh’s fate to be decided. He is a refugee from oppression in his own country, granted indefinite asylum by the British authorities in 2000.

The fact that he was arrested here, at the beginning of what was supposed to be a relaxing family holiday, suggests some kind of behind-the-scenes collusion.

And the fact that India has already sent a team of police over to take the 42-year-old into custody has struck fear into the hearts of all those who know him.

The reason, as Joana Marques Vidal will be reading today, is that these three police are well known to the Sikh community.

They are alleged to have undertaken endless tortures in India, and some of these have been described in gruesome detail in the criminal complaint filed yesterday on Mr Singh’s behalf.
As UK solicitor Amarjit Singh Bhachu told us: “Paramjeet Singh’s legal team is keen to ensure that every avenue is pursued for his release and return home.
“The filing of this criminal complaint is an important step, not only in this case, but also in the pursuit of justice by countless victims of torture and extra-judicial killings at the hands of Indian security services over many years.”

Battling to free the man who describes himself as a human rights activist, Sikhs for Justice legal advisor Gurpatwant Pannun explained that under various sections of the Criminal Procedure Code, Portugal public prosecutor is “legally obligated to investigate all crimes” – whether they have been committed in Portugal or not – when the perpetrator, or perpetrators are present in Portugal and can be identified.

The three men in question all arrived a week ago, and are understood to be ‘camped in Lisbon for the duration’, hoping that India wins the case and that Mr Singh will be released into their custody.

Whether this criminal complaint will see them remaining on national soil remains to be seen.

Certainly the way ahead, even if extradition was to be granted, would be tortuous – with Mr Singh having at least three legal avenues for appeal before the Indian police could take him away with them.

Yesterday, a second British MP added his voice to the many who have spoken out for Mr Singh since he was detained by SEF police from a hotel in Albufeira on December 19.