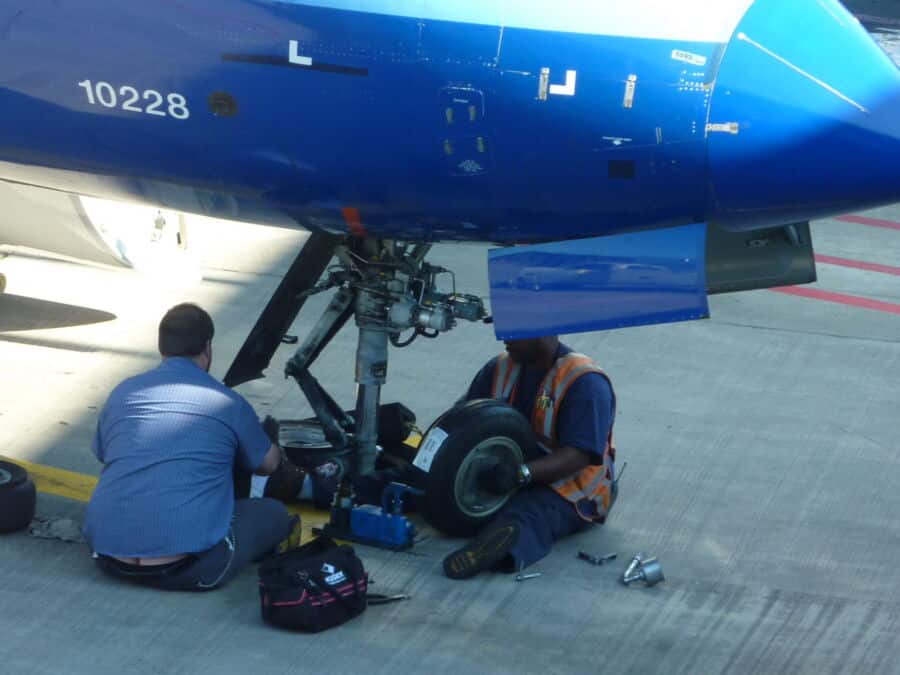 It’s definitely not as bad as an all-out strike, but the findings of a study into the health a sleepiness of Portuguese Aircraft Maintenance Technicians certainly doesn’t make for comfortable bedtime reading: they are super-sleepy; sleepy during the day, sleepy during work hours – and those working shifts are showing signs of ‘burnout’.

These are the conclusions of a study carried out by the Centre for Sleep Medicine (CENC), at the request of the Aircraft Maintenance Technicians Trade Union (Sitema), coordinated by neurologist and sleep specialist Teresa Paiva with main researcher Cátia Reis.

The study counted on the collaboration of 348 aircraft maintenance technicians, most of whom (85.1%) work shifts.

The analysis concluded that 60% suffer daytime sleepiness, and 70.3% reported sleepiness during work hours.

Additionally, 60.9% “recognised having difficulty falling asleep”, while 61.1% reported difficulty waking up… and 75.9% admitted to fatigue on waking up.

Of the total number of respondents, 77.9% said they did not get enough sleep.

“All in all, their indicators are a little above what is reported for the general population, we have high values for our population, but theirs are higher, despite being a relatively young population,” Cátia Reis, who has also developed studies of the same kind with aviation pilots, told Lusa.

For Reis, the big issue is shift work.

“The fact of working in shifts has this condition; it is much more difficult to meet our sleep needs due to the conditions of the work itself – and then we have to think about another issue: a worker is not a machine, they have a family, they have children, they are relatively young and most of them have small children” . This makes night shift workers “want to be with their children before they start school” when they should go straight to bed following their shift,  she explains.

The study also observed suggestive levels of burnout in the shift work group.

In a statement, Sitema leader, Paulo Manso, said that “wear and tear resulting from a shift work is natural, but this study shows there is a high risk of burnout in aircraft maintenance technicians, the result of poor quality rest”.

“The majority feel that they do their work alone, without support from colleagues or bosses, which shows that there is an increasing shortage of staff,” he added.

The study also found that 14.1% of respondents have accidents when returning home at the end of a shift, with 9.5% reporting that the accidents occurred after the night shift.

Of the participants, 61% said they suffer from chronic illnesses, with musculoskeletal problems being the most common (48.6%), followed by respiratory illnesses (14.2%) and neurological illnesses (11.5%).

To improve the situation, the study has made certain recommendations, such as shift rotation (morning-afternoon-night), which has not been happening, and training for professionals, so that they can deal with shift work.