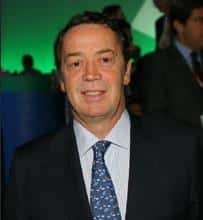 PORTUGUESE TOURISM authorities are to campaign to attract three per cent more Spanish tourists in 2008.

The move was announced by the Minister of the Economy, Manuel Pinho, who inaugurated the Portugal stand at the 28th annual Fitur tourism fair in Madrid.

According to Manuel Pinho the projected figures were prudently attainable given the economic crisis that was affecting Spain.

Spain’s economic situation is vital for Portuguese tourism in that last year 14 per cent of all Spanish tourists spent their holidays in Portugal.

Manuel Pinho said that “2007 was the best ever year for tourism in Portugal” with an increase of visitors up 15 per cent on 2004, the year in which Portugal hosted the UEFA Football Championships.

With an 11 point rise in receipts, Portugal attracted a total of 24.4 million visitors in 2007.

At the 2008 annual Fitur, one of the most important tourism fairs in Europe, Portugal has a stand covering 1,500 square metres, double the area on last year.

This year Portugal will be investing in promoting cultural tourism with organisations such as the Gulbenkian Foundation, the Cultural Centre in Belem, the Serralves Foundation, the Berardo Museum of Modern Art, and Porto’s Casa da Musica all having stands, promoting the country as more than just a ‘sun and sand’ destination.

The ALLGARVE programme was also marketed in the Spanish capital for 2008, focusing on the Portuguese Rally and July’s Jazz Festival.