At the beginning of June this year, I had the privilege of leading a group of 12 enthusiastic ‘pilgrims’ from the Algarve along the Caminho Português (‘Camino’ in Spanish), beginning in Tui on the Spanish border.

Two of the group were being sponsored by their church back home, St Mark’s Portobello in Edinburgh.

Once settled in at our hotel, we all went to the Cathedral to purchase the pilgrim’s passport where, after paying €2, our passport received the official stamp of the Cathedral; our pilgrimage had officially begun.

To qualify for the Compostela, you must have walked at least the last 100km along the Caminho. Tui to Santiago has an official distance of 120.4km. To prove that you have walked the whole way, you must ask hotels, cafes, bars and restaurants that you visit while walking to stamp your passport. There must be at least two stamps per day.

The first day of walking is from Tui to the industrial town of Porriño and everyone was full of enthusiasm as our route took us along quiet roads and through beautiful woodlands. The most poignant feature of the day is the Cruz de San Telmo, also known as the ‘bridge of fevers’! Here, San Telmo fell sick and died of fever in 1251 on his way back from a pilgrimage to Santiago.

From Porriño, there was a challenging climb up before a very steep descent to the town of Redondela which is situated on the coast. After a late lunch, we continued to the small coastal town of Arcade, positioned by the side of the Ria de Vigo. This made for a long day of walking (23.9km), but the bonus was a much shorter walk the next day to the wonderful town of Pontevedra.

Pontevedra is a regional capital and university town with a population of almost 84,000. It can be quite a shock after two and a half days of relative peace and quiet. At the heart of the town is a well-preserved medieval core (zona monumental) with beautiful squares lined with welcoming bars and tapas restaurants. This was just a great place to relax, recover and treat blisters before three more hard days of walking.

The next morning, refreshed and possibly a little hungover, we walked out of Pontevedra following natural paths through woodlands along gentle river valleys, in and out of tiny hamlets, to the thermal spa town of Caldas de Reis.

Here, water at a constant 40ºC, has poured out from a spring for millennia. Today the town attracts visitors who come to take the waters and partake in various treatments that are on offer at the local hotels. Pilgrims used to be able to soak their aching feet in the thermal fountain Fuente de las Burgas, but health and safety regulations have now put an end to this tradition!

Another 19.1km of walking from Caldas de Reis brought us to the town of Padrón. Much of the ‘Caminho’ on this section passes through extensive woodlands and the Bermana and Valga river valleys.

Padrón is the legendary landing place of the boat carrying the body of St James the Apostle back to Spain following his martyrdom in Jerusalem. Below the altar of the main church, Igrexa de Santiago, can be found a stone (O Pedrón, from which the town takes its name). It is said that this was the original mooring post of the boat. Padrón is also famous for the growing of the green peppers that are frequently found on many tapas menus in the region.

By now, all were feeling weary, but were buoyed up knowing that there was only one day to go before we reached our destination. We made an early start. The ‘Caminho’ took us up to the town of Milladoiro and, at its highest point, we could glimpse the towers of the Cathedral in Santiago – our destination.

Not only was this a long day (25.6km), it also had a sting in the tail because we had to descend from Milladoiro to cross to the river Sar and then climb up again into the city with another 3km along the busy city roads. But did we care? Not at all. We arrived at the Praza do Obradoiro in front of the Cathedral, tired but elated that we had made it.

Our pilgrimage was officially over once we had put our foot on the scallop shell in the centre of the square. We all completed the pilgrimage and achieved the Compostela, but, more importantly, we had shared unique experiences that will stay with us for a long, long, time. 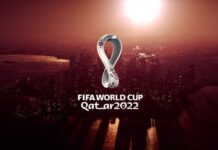