The news broke over the weekend. Another cross-border journalistic investigation has uncovered corruption at the highest level, this time allegedly orchestrated by Africa’s ‘richest woman’, former first daughter of Angola, Isabel dos Santos, with her business partner, husband Sindika Dokolo. But what many reports have so far failed to stress – in the story kicked off by the sudden transfer of 100 million dollars out of Angola’s State oil company Sonangol to Dubai in the hours after Ms dos Santos lost her job there – is the role played by Portugal in facilitating this apparent plundering of a nation. Bit by bit, the truth is emerging.

Already international sources have picked up on the ‘weak links’ that will have helped bypass 21st century safeguards for compliance.

As a former senior FBI agent credited with setting up the bureau’s kleptocracy programme told English language business news organisation Quartz Africa, “one of the best ways to launder money is to buy the bank”.

“The two Portuguese banks dos Santos part-owned (BIC, now renamed EuroBic – emerging from the implosion of BPN – and BPI Banco Português do Investimento) provided at least three crucial services to her and her associates,” writes Quartz.

“One opened bank accounts for offshore shell companies so she could buy European real estate. Another signed off on enormous and suspicious payments. And both extended large loans…”

Quartz claims to have outlined its findings to five anti-corruption and compliance experts, all of whom said dos Santos’ activity “should have raised red flags for money laundering or conflicts of interest within those banks’ compliance departments”. But they didn’t.

“As well-known banks ran away, BIC and BPI proved ready and willing to work with dos Santos and her husband.”

Said Michael Hershman, a co-founder of Transparency International and CEO of compliance consultancy the Fairfax group: “That’s a very risky proposition. You’re not going to find many established banks that have strong ‘know your customer rules’ who would take that sort of risk.”

A year after the account opened, Isle of Man regulators “spotted an alarming development. Out of nowhere $50 million had appeared in the BPI account”.

As the story goes, it’s unclear what the money was used for – but the BPI account was used to buy at least one major European property: “a floor of a luxury building in downtown Monte Carlo, which cost about $60 million”.

The leaked files show that BPI opened an account for a Malta-based holding company through which dos Santos bought the property. Company records show that dos Santos loaned that company about $60 million over several transactions (between 2012 and 2015) to buy the property. But it’s unclear from the documents where she originally held that money, or how she earned it.

As Michael Hershman told Quartz, “BPI is going to get slammed for this – I’m very shocked and surprised. There really is no excuse for them assisting her in this manner…”

And as critics here rail, there is no excuse for banking regulators not to have picked up on what was going on within a Portuguese bank.

It’s not as if the financial world wasn’t already wary of dos Santos.

“Spanish bank Santander had designated her a Politically Exposed Person (PEP) – a term used by financial regulators for public officials and their family members who may be vulnerable to bribery or corruption” – back in 2014, says Quartz, while two years previously CitiBank had become the first major institution to start dropping dos Santos’ linked businesses, followed by Barclays and Deutsche Bank.

So why did banking regulators in Portugal do nothing?

João Paulo Batalha of Transparency and Integrity (the Portuguese branch of Transparency International) believes the Bank of Portugal was blatantly complicit. Former Euro MP and anti-corruption bulldog Ana Gomes has no doubt about it.

She has been telling every news outlet pointing a microphone in her direction that the Bank of Portugal, securities market regulators CMVM, the Attorney General’s office, the tax department, even judicial and political power, have all ‘looked the other way’ simply because it suited them.

“This is so bad for our reputation,” she told SIC television news on Saturday. “We have Portuguese individually, institutions, Portuguese companies, all exposed for the world to see! The country exists like a laundry for corrupt money. It’s complicity by action and omission, in a scheme that diverted resources desperately needed by the Angolan people” – many of whom live in grinding poverty.

In the UK, BBC’s Panorama programme carried a scathing half-hour exposé on Monday detailing how dos Santos had “exploited her country” making billions in the process.

Accounting giant PwC (formerly PricewaterhouseCoopers) announced it was severing all contracts with companies controlled by Ms dos Santos; Eurobic said it was “closing its commercial relationship with entities controlled by Isabel dos Santos and people closely related to her”, and the Bank of Portugal held a ‘crisis meeting’ on Monday morning to evaluate the situation.

The Public Ministry says it has set about “analysing Luanda Leaks”, promising to “trigger appropriate procedures” and follow up on any requests for international judicial cooperation, while Portuguese companies exposed to dos Santos – principally energy giants Galp and Efacec and telecommunications firm NOS (an offshoot of Sonae) – are holding their nerve.

Speaking for the government on Monday, secretary of state for finance Ricardo Félix Mourinho said the executive was “obviously aware” of the revelations, but “awaiting (the outcome of) investigations with serenity”.

As questions persisted, however, probing ‘who knew what and for how long’, head of diplomacy Augusto Santos Silva sought to quell mounting speculation by suggesting the government was actually “independent of independent regulators”.

He told reporters after a meeting in Brussels on Monday: “Under Portuguese law, banking activities are regulated by an authority called the Bank of Portugal; activities related to the capital market are regulated by an entity called the Portuguese Securities Market Commission (CMVM). These are two regulators independent of the government, so the government has no comments to make.”

Santos Silva’s comments are unlikely to hold back the tide for long. On Tuesday evening, France’s AFP news agency was running with the headline: “Portugal under pressure after Angola graft scoop”.

The text carried the damning assertion by Left Bloc coordinator Catarina Martins that “the looting of the Angolan people was led by Isabel dos Santos and her family with the complicity of the Portuguese political and economic elite”. 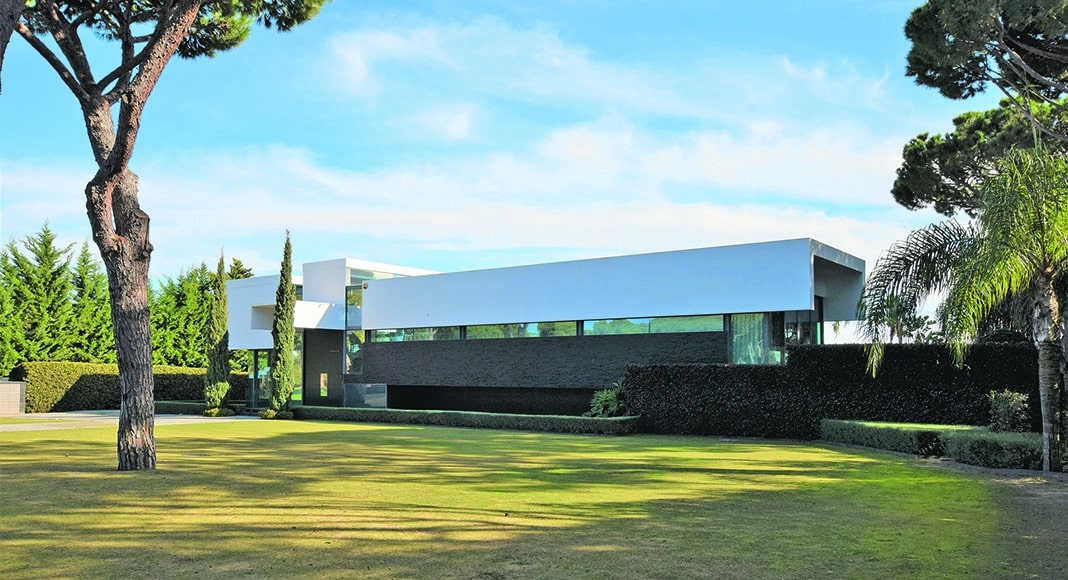 Bizarrely, the opulent dos Santos’ family property in Quinta do Lago appears to have been ‘seized’ by tax authorities for the non-payment of a €3 million debt, and put up for public auction last month.

A real estate source told the Resident the three interlinking houses involved – all of similar contemporary design – “are easily worth €8-9 million each”.

The former first daughter known in Angola as “the Princess”, meantime, has been vehemently denouncing Luanda Leaks in interviews and via Twitter. She claims it is a politically motivated witch-hunt powered by the Angolan government that is disseminating false information.