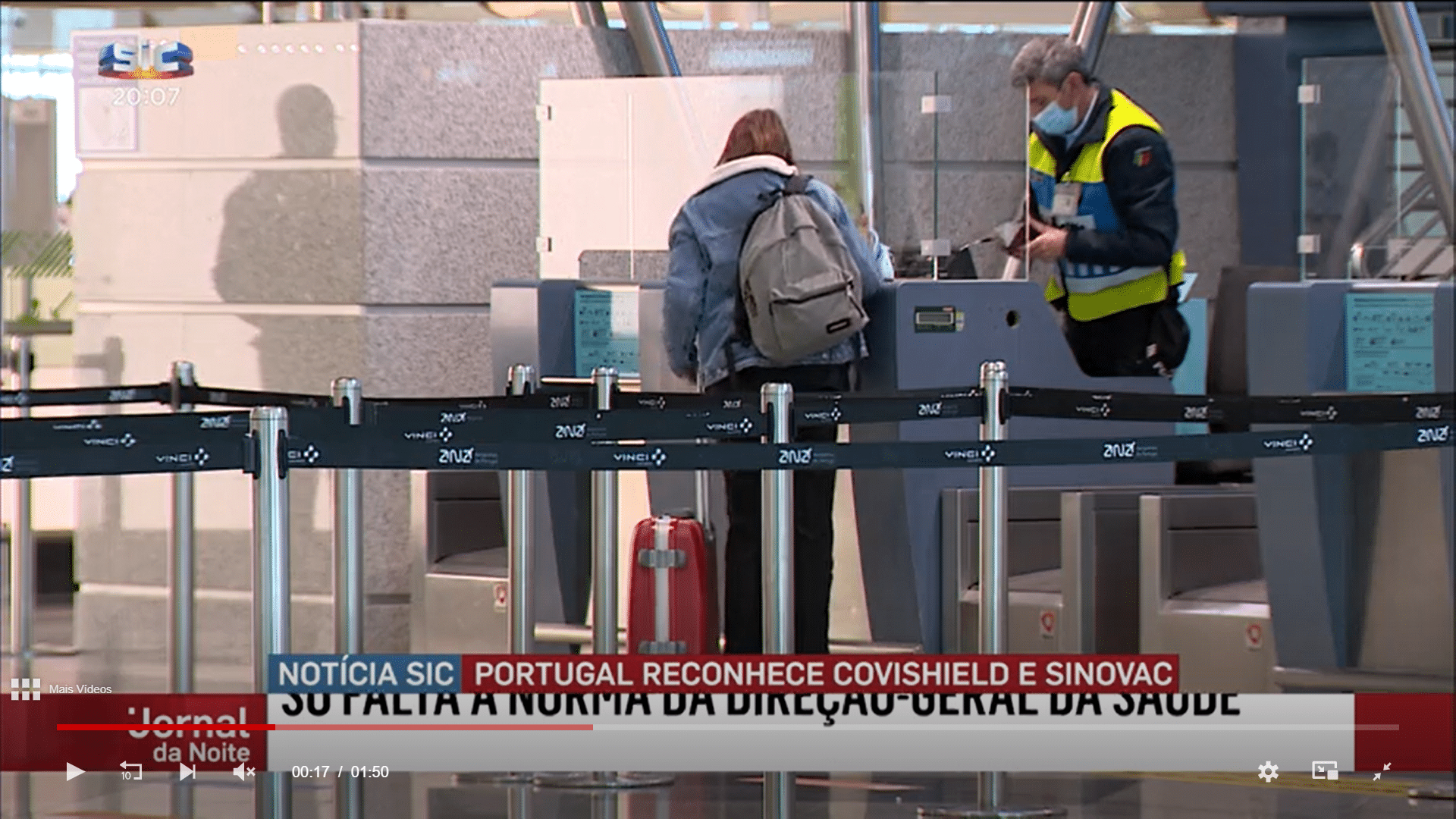 Good news at last for the five million Brits barred from holidaying in Portugal because they have been fully-jabbed with the AstraZeneca vaccine manufactured in India: Portuguese authorities have agreed to ‘recognise’ the jabs, and allow people who have had them ‘free travel’ without any need to quarantine.

Also decided has been the acceptance of travellers vaccinated with China’s Sinovac vaccine.

Neither Sinovac or Covishield (the ‘made-in-India’ AstraZeneca vaccine) have yet been incorporated into the European ‘Covid Digital Certificate’, but their validity is to be  accepted imminently – opening Portugal up once again to travellers from Venezuela, Brazil and Angola, many of whom will have received the Chinese jabs.

It’s not yet clear when the DGS health authority will confirm the decision, but medicines authority Infarmed has already given the plan its ‘thumbs up’ .

Elsewhere in Europe, France, Croatia and Ireland have already recognised Covishield, while Sweden has extended its rules to accept travellers fully-jabbed with “all vaccines authorised by the World Health Organisation” (of which Sinovac is one).

The news, while obviously ‘very positive’ for people who still have to endure quarantine when arriving in Portugal opens some serious questions.

Time Magazine, for example, wrote only yesterday that when compared to the currently accepted vaccines (Pfizer, Moderna, AstraZenca and Janssen), “China’s jabs just aren’t very effective” (click here) – particularly when it comes to the Delta variant, which is over 95% predominant in Portugal right now.

Another aspect to bear in mind is that the virus is seeing a new resurgence in China where the vaccine has essentially become compulsory (click here).