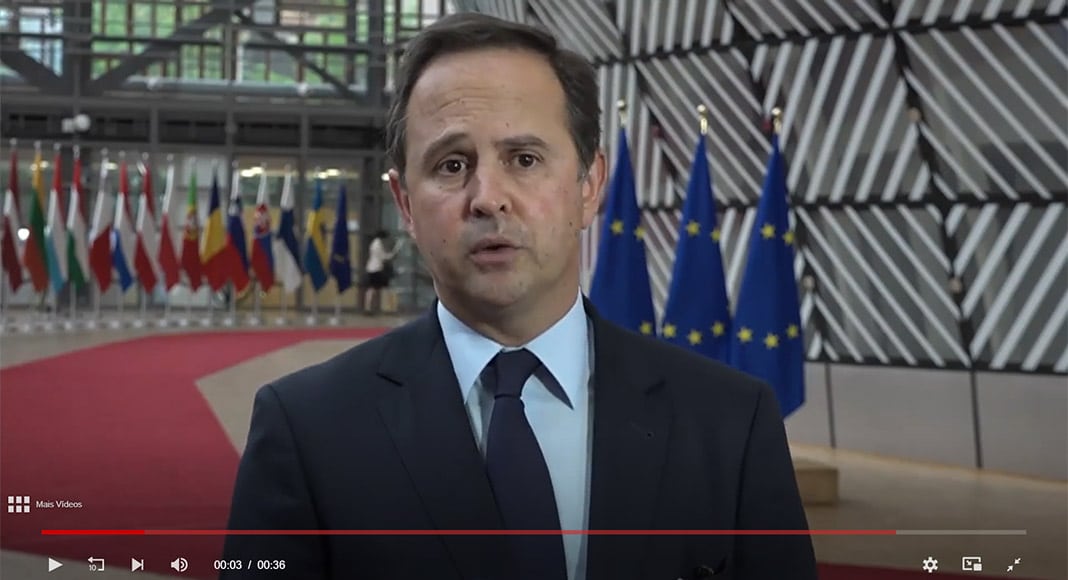 Portugal has supported the European Commission’s recommendation that the rules on budgetary discipline continue to be suspended also in 2023, writes Lusa this afternoon – but not for any reason of “self-interest”, as the country “would not need this flexibility”, says finance minister Fernando Medina.

“We see this decision by the Commission as positive, but it is clear that Portugal would not need this easing,” he said going into a meeting of the Eurogroup, hours after Brussels confirmed that, in its analysis, the war in Ukraine justifies keeping the clause that temporarily suspends the rules of the stability and growth pact (SGP) in terms of deficit and debt limits activated until the end of 2023.

Medina recalled that at the previous Eurogroup meeting in April, he had already had the opportunity to say “that Portugal advocated having this flexibility for 2023 because it is a measure of prudence, of caution, given an unstable macroeconomic environment, uncertain in several dimensions, and that it was therefore preferable for countries to have their instruments available and not have additional pressure here.

“At the same time, I had the opportunity to underline that we already comply with the rules today and Portugal will continue to comply with those rules. So our positive sense towards this extension regarding compliance with the rules does not have any national self-interest in mind, because we have a very clear strategy regarding that,” he added.
Portugal closed 2021 with a deficit of 2.8% of gross domestic product (GDP) – below the 3% threshold in the SGP – and the government wants to reduce it further this year, to 1.9% of GDP – a projection now also shared by the European Commission.

“And even with regard to debt, where Portugal presents an indicator above the recommended standards, Portugal largely complies with what we are obliged to do when we are in that situation of having a higher debt, which is to comply with an annual reduction of a certain amount,” said Medina.

“Portugal is reducing considerably more, as a percentage of GDP, that imbalance. That is how we did it in 2021 and that is how we will do it in 2022.”

The European Commission today recommended that the rules on budgetary discipline remain suspended until the end of 2023, in view of the economic effects of the war in Ukraine, energy prices and ongoing disruptions in supply chains.

The escape clause from SGP rules – requiring member states’ public debt to remain below 60% of GDP, with a deficit threshold below 3% – was activated in March 2020 in response to the issues thrown up by the pandemic.