Portugal Resident
Home Portugal News Portugal shows Humanity … and launches the challenge “How often do you... 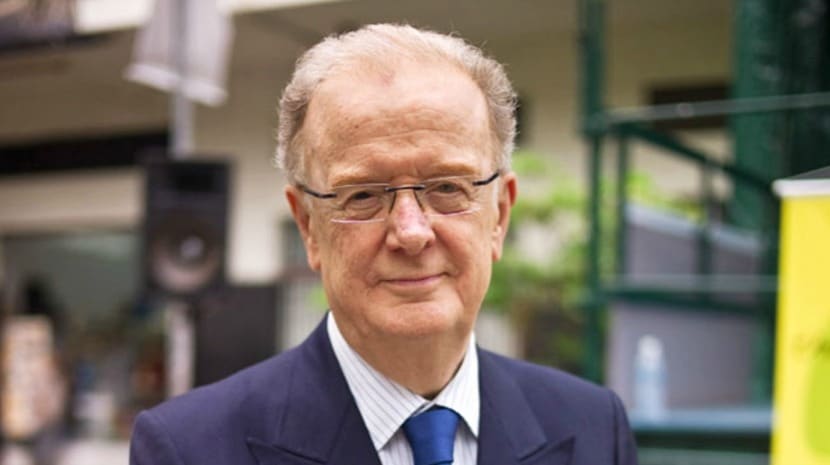 This is a chance to get involved in an inspirational initiative playing out in the Algarve next month. A gourmet event to raise money for a Humanitarian project, it promises to take the whole concept of “involvement” to the next level.

The Resident talks to all those involved, and hears from former President of the Republic Jorge Sampaio as to why he feels the Global Platform 4 Syrian Students needs all our support.

First to the event. It is the third of its kind. The first two, held at beautiful hotels with Michelin-star chefs Miguel Laffan (Estoril) and Ricardo Costa (Porto) were “amazing”, Dr Sampaio’s diplomatic adviser Helena Barroco told us.

“The results exceeded all our expectations, and we’re hoping for the same in the Algarve”.

The Algarve’s ‘moment’ will come on November 8 at gourmet restaurant Vila Joya, near Albufeira.

Organised by a husband and wife initiative by the name of “Attitude”, it guarantees “a lot more than a gastronomic experience”.

“There is a surprise”, Attitude’s co-founder Bibi Sattar told us. “We will also offer our guests real connection with the students. We want people to know how they are helping; to see where their money is going and to feel close to the cause. It will be a case of helping the ongoing drama within Syria, from Portugal”.

Former President of the Republic Jorge Sampaio – a lawyer by profession who began his distinguished career defending political prisoners – is the man responsible for the wider initiative.

Speaking to us from his office in the wooded calm of a Lisbon park flanked by government buildings, he said: “Of course Portugal is experiencing troubles at home, but this should never preclude involvement in humanitarian causes”.

“I have always been involved in all sorts of activities, and when my time as UN representative for the Alliance of Civilizations came to an end, I thought ‘what next’?”

By this time, the war in Syria had already become “a drama of unimaginable proportions.

“In terms of students at university and technical school level, the war has meant total disruption of the system”, he explained.

“Many of the schools have been destroyed, hundreds of teachers have left. The usual types of humanitarian aid do not cater for this kind of aspect. They leave issues like studies a bit aside, and so this means that thousands of very bright students were effectively in danger of losing the valuable education they were trying to accomplish.

“We did our research and thought this was a necessity that was not being dealt with: an educational emergency”.

Enter the Global Platform 4 Syrian Students which almost the moment it came into being was met by “an avalanche of applications”.

“We began a pilot project in Portugal”, Dr Sampaio continued, “aimed at those in need of completing their Master’s.

“Within ten days, we received 2500 applications. We then had to begin the desperate task of selecting the best students.

“In February last year 42 finally arrived, at 4am in the pouring rain, and last Saturday a further 25 made it here”.

The students are scattered around the country at universities that have embraced the cause.

Elsewhere, Sampaio’s platform – backed by the Council of Europe, the League of Arab States, the Institute of International Education and a number of foundations and private sector entities – has the support of other universities in Belgium, France, Germany, Canada, Switzerland, Egypt, Turkey, the Lebanon and Iraq.

The aim this year is to  “to provide academic placement for 700 Syrian students”.

“Our goal is to provide these young people with the education they need to return to their country in the future and build a better Syria”, Sampaio stressed.

Funds raised this far are still several millions short of everything that is needed, however.

“That is why we are appealing to the foreigners who live in Portugal”, he explained. “They are often more quick to react to these kinds of appeals”.

As the UN’s special envoy to the Alliance of Civilizations, Sampaio’s main responsibility was to back projects that promoted “understanding and reconciliation among cultures globally, in particular between Muslim and Western Societies”.

Thus this latest undertaking will benefit from his wealth of hands-on experience.

As he told us: “The question of religious beliefs is not one that we are concerned with. This is a humanitarian project that allows Portugal to show its special characteristics. We were very far-reaching in taking in Austrian students in the aftermath of the Second World War. This is just another aspect of that responsibility”.

In many ways, it is also an opportunity to show visiting students the warmth and human kindness that exists in Portugal.

“Already we have had two or three families come forward willing to give a room to students”, Helena Barroco told us. “In certain cases – like with the University of the Algarve – the package offered includes student accommodation, but in the case of universities in Lisbon and Porto, any offers from people interested in becoming host families would be most welcome”.

“I reached a point where I was giving up”

As organiser of the gourmet evening Bibi Sattar explained, some of the students studying in Portugal will be attending the special dinner on November 8.

“We want people to know who they are helping. We want them to be able to say: “This is Adam, he is studying medicine and I am helping him complete his course”.

A young man identified only as “M.S. a fellow studying for his Master’s in Engineering” has shared his experiences in a testimonial, admitting that he had reached a point where he was in complete despair “until the day I got a phone call informing me that I got the scholarship.

“My scholarship served as an example that there is still hope; if you work hard, if you try, despite the bad situation, despite all the ordeals, and despite the horrors, one should not surrender, something can be done, and also the world can still be a wonderful and nice place despite our fears”.

For more information on Global Platform 4 Syrian Student, contact Helena Barroco on hbarroco@netcabo.pt, or even make a donation (see details below).

For those who relish further involvement, and a gourmet experience, the event at Vila Joya on November 8 provides the perfect opportunity. There are special prices for whole table bookings, and advantages for businesses.

Following on from the Algarve’s event, a final “Quarteto Gastronómico” is planned for Lisbon’s Hotel Altis Belem in February.

All the evenings are being catered for by Michelin-rated chefs, but the Algarve’s is perhaps the most “intriguing”, as Vila Joya’s Dieter Koschina is the only one in the selection who has been awarded two Michelin stars.

To make a donation to Global Platform 4 Syrian Students:

As the platform’s 75-year-old founder stressed: “Every donation counts, from a euro to anything more”.