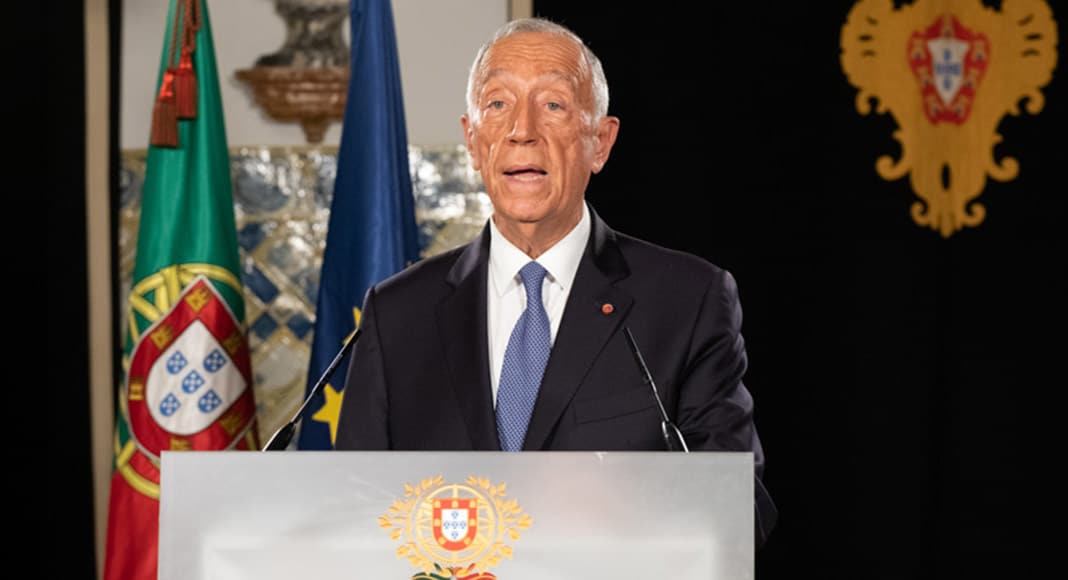 President Marcelo confirmed this evening that Portugal is saying goodbye to the State of Emergency that has been in force twice during the pandemic, but most recently for 173 consecutive days since last November.

What will follow, he hasn’t said. Will he decree, for example, a State of Calamity (as he did in 2020 when the country exited its first State of Emergency)? We will have to wait for later this week when the government itself will be deciding the next stage of deconfinement, due to begin on Monday May 3.

As things stand right now, the current State of Emergency ends at midnight on Friday (April 30).

It’s clear from the conclusions coming out of the meeting of specialists at Infarmed today that the country as a whole is doing well. But there are still a number of ‘trouble spots’ – boroughs where incidence is not conforming to the limits of 120 cases per 100,000. Thus there will be a lot of decisions still to come.

But for the president, today’s meeting was enough to confirm his feelings that the country no longer requires a State of Emergency in which citizens’ fundamental rights in a democracy have been severely limited.

As he explained in his short address at the start of the 8pm news this evening, he reached his decision following “stabilisation and reduction in the number of deaths and people in general wards and intensive care, the fall of the R number and of incidence” – as well as advances in testing “and more importantly in vaccination, which I welcome”.

The country is a month along from Easter, three further weeks since the opening of schools, and the situation appears not to have been adversely affected by either.

Congratulating the “courageous resistance” of the Portuguese, as well as the huge input by the nation’s specialists and epidemiologists, Marcelo’s message was one of caution in that the pandemic is not yet over, and new variants could cause issues with the vaccines.

But it was also one of hope.

Commentators have stressed that the president said “if it becomes necessary” he won’t hesitate to declare another State of Emergency – but for the time being nothing in Portugal’s numbers looks like this could be on the way.

“It’s an important day”, agreed SIC’s commentator Bernardo Ferrão analysing the short address. “And from the point of view of the government’s strategy” over these last few months, it shows that “they were right”.

The big issues now will be the collateral damage coming down the line – not least the parlous state of the economy with more unemployed, less GDP, a larger deficit and a great deal more public debt.

Fellow SIC commentator José Gomes Ferreira pointed out the obvious: “after 14 months of pandemic, Portugal is a much poorer country”.

Thursday will see the Council of Ministers meeting to decide how the nation moves forwards, both in terms of deconfinement, and restrictions.

Constitutionalists have already warned that a State of Calamity “does not imply the suspension of fundamental rights of citizens” and thus is not made to be used in a generalised form “and surely won’t cover pandemic situations of the kind we are experiencing”.

Ferrão and Gomes Ferreira however seemed to think that the “Lei de Saúde Pública” (Public Health Law) would be sufficient to impose ‘isolated quarantines’ if necessary.

The bottom line is that we will all find out – almost certainly by Thursday evening when prime minister António Costa is expected to give his usual address to the nation following the Council of Ministers.