Portugal Resident
Home Covid-19 Portugal reaffirmed as “one of Europe’s few safe destinations” for travel over... 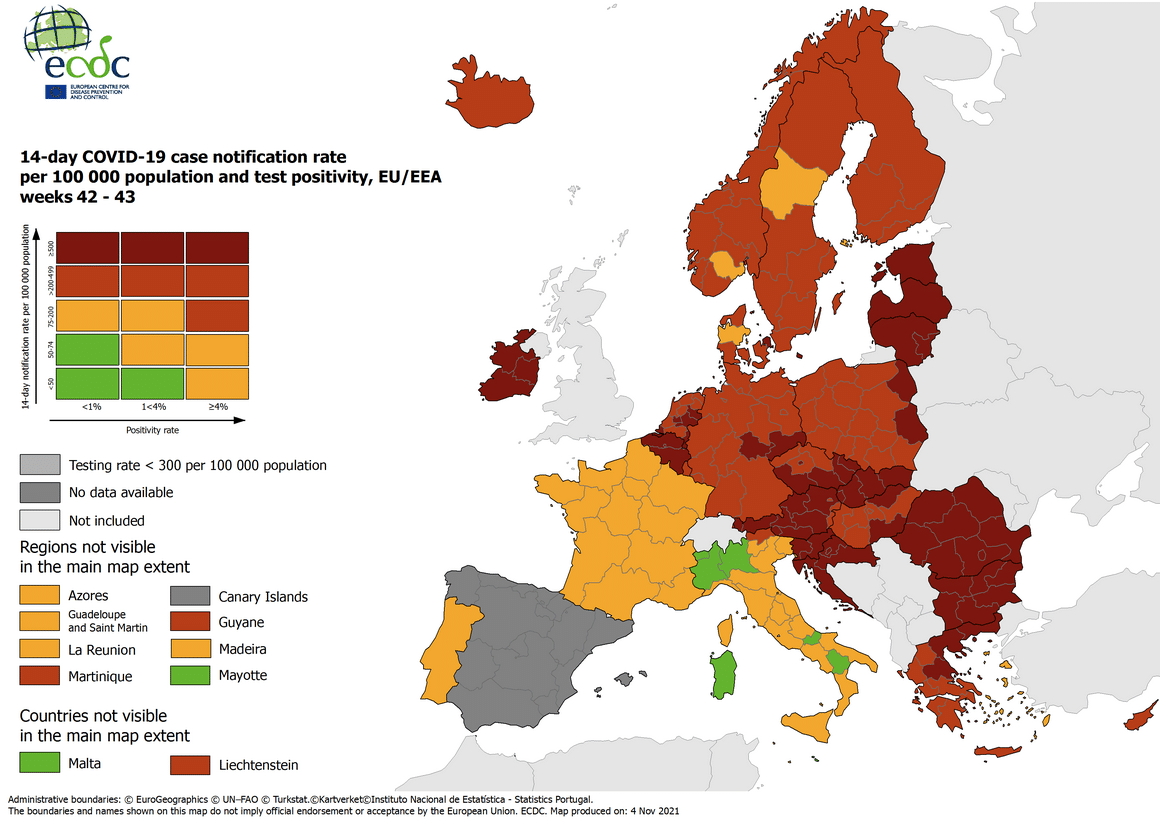 Europe’s centre for disease control (ECDC) is reported to be suggesting that “everyone avoids unnecessary journeys over the Christmas period”.

A story appearing online last night and covered in overall ‘Covid news’ bulletins in Portugal stresses that only three European countries – of which Portugal is one – are considered ‘safest for travel at the moment’.

The other two are France and Italy, says Multinews online, failing to include Malta, which is also ‘green’ for safety but not included on the map.

A “large part” of the rest of the continent – Austria, Belgium, Bulgaria, Croatia, Estonia, Ireland, Latvia, Lithuania, Romania, Slovakia and Slovenia – is classified ‘dark red’, which means rates of infection are running at over 500 infections per 100,000 inhabitants, says Multinews.

This morning reports are also describing a “pandemic of the unvaccinated” in Germany where authorities are considering special restrictions for people who have not been jabbed (click here).

Taking the increase in rates of infection in so many countries, particularly those listed in the ‘dark red’ category, the ECDC strongly advises against journeys, says Multinews, “especially by people who have not been fully immunised or have recovered from the virus”. The reasoning behind people who have recovered is not explained, but this is the second time Portugal has been highlighted for being one of the few places where the situation this winter is likely to be better than elsewhere (click here).

The DGS health authority is aware of just under 35,000 active cases of SARS-CoV-2, while numbers in hospital and intensive care remain manageable (click here).