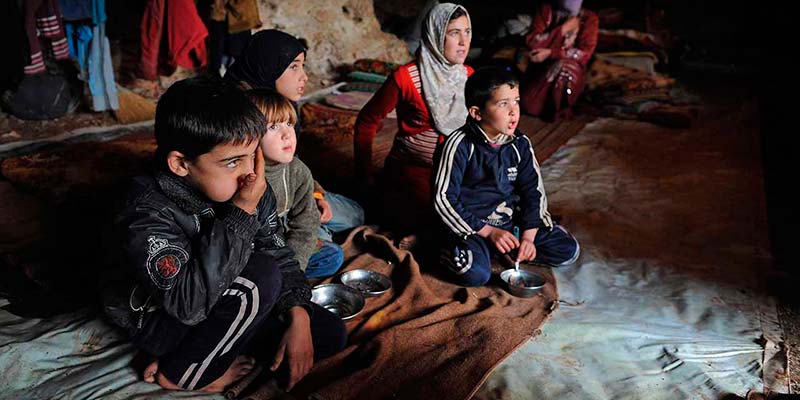 PAR, Portugal’s support platform for refugees, says it is prepared to take some of the Syrian refugees that find themselves trapped in Turkey since President Erdogan decided to use them in a political game with the EU. The NGO is appealing to the government to collaborate.

As PAR stresses, it has been available to take asylum seekers awaiting placement in Europe from the over-stuffed camps on Greek islands – but this new crisis in Turkey makes the situation even more pressing.

If the EU managed to move refugees from the Greek camps, space would be created to take some of the hoards that are clamouring to get into Europe since Erdogan ‘opened the Turkish borders’.

Many of these families with young children, their vulnerability has been heightened as Greek border guards fire tear gas at them, determined not to let anyone through.

Erdogan’s tactics seek to force Brussels to actually do something about the long-running Syrian conflict.

In a statement sent to the nation’s media, PAR is calling for action by the government to ‘identify obstacles (preventing the placement of refugees in this country from the Greek camps) and reinforce Portugal’s capacity to take people in”.

As interior minister Eduardo Cabrita has said, Portugal is more than ready to accept migrants and refugees, seeing their arrival here as a ‘social and economic opportunity’ (click here).

According to the International Organisation for Migrations, around 13,000 people left Turkish territory late last week bound for Greece.

Their reception at the Greek border was hostile, leading many to desperately try and find other ways to get into Europe.

The Greek determination stems from the fact that the country’s camps have over 56,000 people in them already, and member states are not helping when it comes to placements.

Explain reports, Turkey currently has around 3.5 million Syrian refugees, and hundreds of migrants from Asia, Africa and the Middle East, all apparently ‘using the country as a transit point to reach Europe via Greece’.