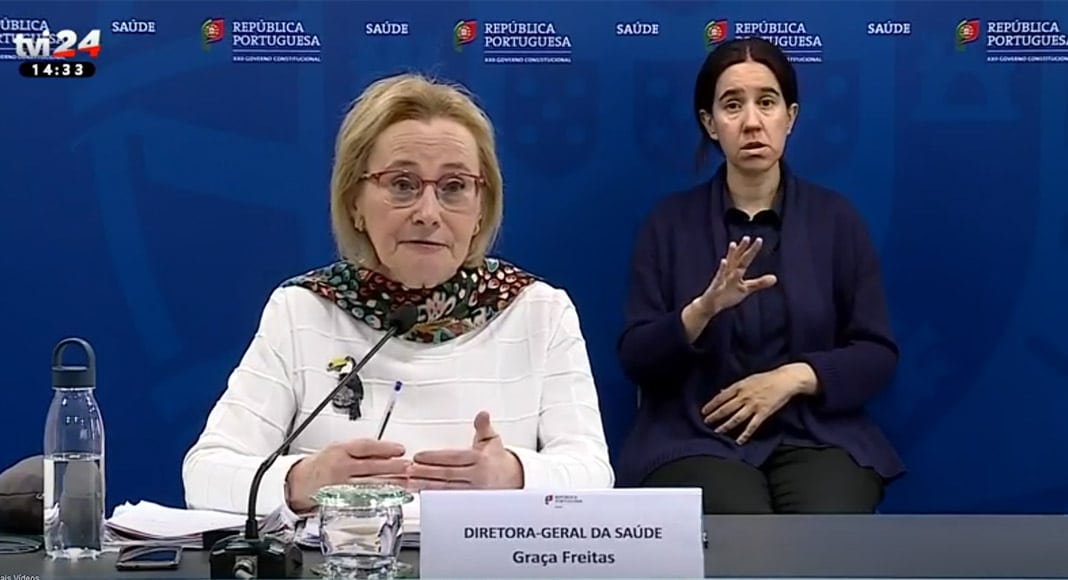 Portugal is “on the brink of controlling its epidemic”, DGS health director Graça Freitas has said as Europe’s aviation safety agency still considers the airports of Lisbon and Porto ‘high-risk destinations’.

The conflicting messages come just as the country prepares to welcome its first holidaymakers.

In Lisbon, Freitas was talking at the daily press briefing, stressing that a final effort is needed for anyone who has tested positive to rigidly stick to the 14-day rules of confinement.

“Anyone who is sick, or has been in contact with someone who is, shouldn’t go out in Lisbon or even outside of Lisbon. They should stay at home, in prophylactic isolation for 14 days. The issue here isn’t can you go to other areas, you shouldn’t even go next door. You should stay at home”, Freitas stressed.

The virus ‘spike’ that has affected Greater Lisbon recently has not caused pressure on local hospitals as in the main it is younger people who have become infected.

But the ‘holiday season’ is upon us – next week there are back-to-back Bank Holidays.

The message from the authorities is “do not relax your guard”.

“The perception of risk is reducing”, concedes Freitas, but “we want to emerge from this epidemic as soon as possible”.

A final effort to keep up physical distancing, even if people are becoming more ‘social’, has to be maintained over the coming ‘days, weeks and months’, she said, while EASA, Europe’s aviation safety agency, is still not the least bit confident about the country’s two main airports.

The agency has drawn up a ‘danger list’ – the objective being to get airlines to advise crew and passengers on the need for increased measures of hygiene and physical distancing if/ when flying to these destinations.

Outside Europe, EASA warns that there are risks of contagion in 22 of the 50 American states, while Brazil is also struggling with contagion levels (dodgiest regions being São Paulo, Rio de Janeiro, Amazonia, Bahia, Ceará, Espírito Santo, Maranhão, Pernambuco and Santa Catarina).

What is clear is that Faro Airport, in the Algarve, is ‘missing’ from EASA’s danger list . The terminal has started to receive international flights run by a mix of companies – including Edelweiss, Luxair Tours, Transavia, Lufthansa, Ryanair and Jet2.