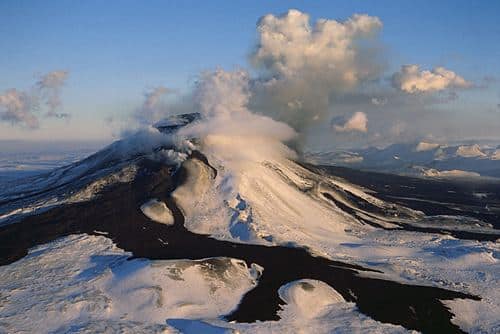 Portugal’s Institute for Civil Aviation (INAC) is currently “monitoring the eruption of a volcano in Iceland” to determine which measures, if any, should be taken, a source has told Lusa news agency.
The volcano known as Bardarbunga erupted in the early hours of this morning (August 29) and led the Icelandic Met Office to put its airspace under red alert. It has since lowered the alert level to orange – the second highest – as no volcanic ash has been detected in their radar systems. Thus aviation authorities can now decide if planes may travel over the volcano’s airspace.
Bjorn Oddsson, a geophysicist from Iceland’s Department of Civil Protection and Emergency Management, has said, cited by BBC, that the eruption is currently not affecting air travel.
“It’s mostly effusive; there’s no ash in the air, and not even in the vicinity,” he said.
Warnings that the Bardarbunga volcano might erupt had been in the news for the past two weeks. Although it is located in Holuhraun, a location far away from any residential areas, tourists were evacuated from the area.
Back in 2010, the eruption of another Icelandic volcano Eyjafjallajokul caused the biggest disruption of air travel in Europe during times of peace. Over 100,000 flights were cancelled over the course of a month, affecting more than eight million passengers.