Portugal Resident
Home Covid-19 Portugal “may need to send patients abroad” as it ranks “worst in... 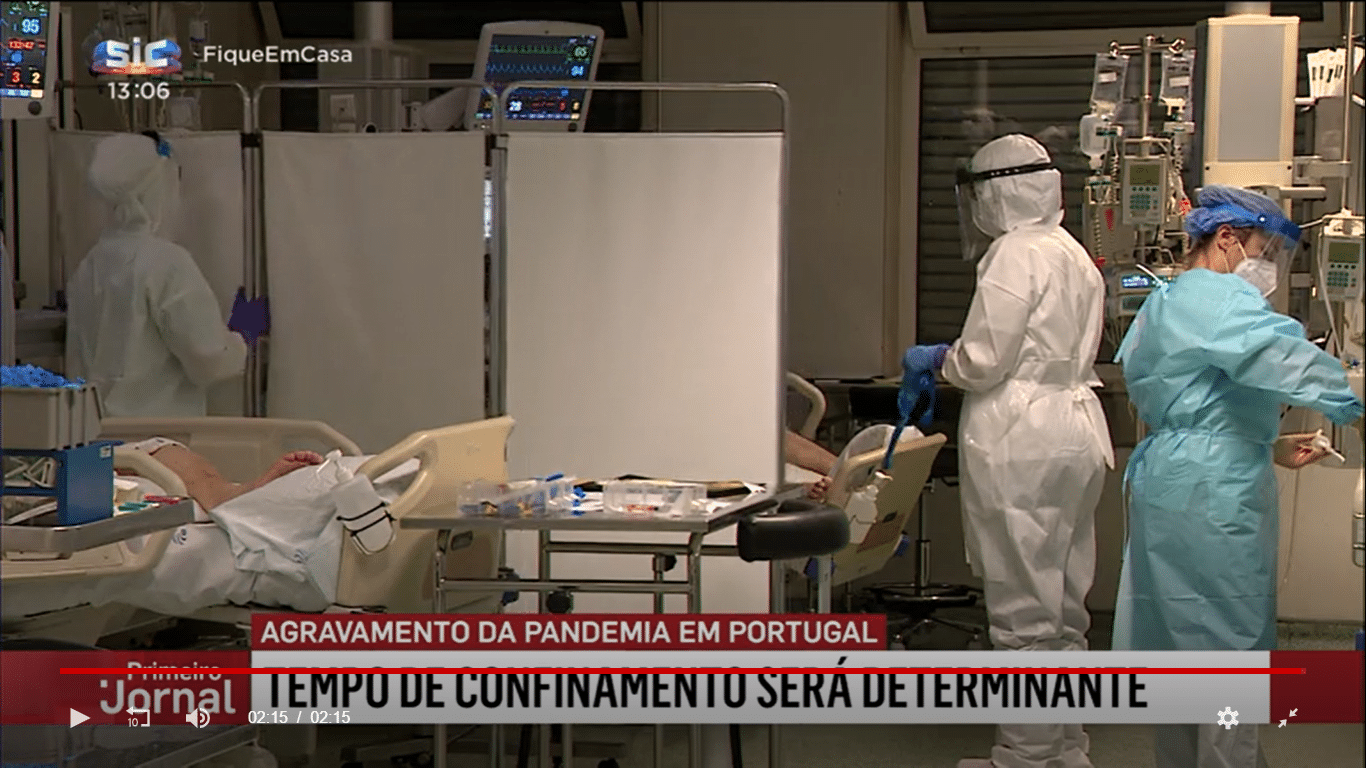 STOP PRESS: As this story went online, the Câmara of Torres Vedras called for international aid in face of a situation it termed “potentially catastrophic”. The municipality’s hospital needs five doctors and 10 nurses urgently…

Portugal may need to send Covid patients abroad for treatment as its hospitals are reaching the end of their capacity.

Health minister Marta Temido admitted yesterday, that even if new bed space is made available, the problem is the country doesn’t have the human resources (the doctors, nurses and other specialists) that these beds would require.

The speed with which the virus seems to be running ‘out of control’ during a national lockdown is bringing more and more issues to the surface this week.

Draconian measures on mobility are already in place, but now there’s talk of ‘outlawing cloth masks’ (which would instantly destroy the jobs of 15,000 -20,000 people); of Brussels’ ‘isolating’ almost every area of Portugal and of the lockdown having to continue for at least 60 days.

On lunchtime television today, the talk focused on Portugal being ‘the worst in the world’ for the second consecutive seven-day period.

The data has been compiled by the John Hopkins University, and can be viewed online on the  ourworldindata.org site.

Portugal’s dramatic situation has already seen Luxembourg offer help – but the mere logistics of getting very ill patients to Luxembourg without their conditions deteriorating has meant that, for the moment, nothing has moved forwards.

Last night’s interview with the health minister however showed that authorities accept they won’t have the luxury of time to consider options for very much longer.

All mechanisms are being actioned at an international level, said Ms Temido, to “guarantee the best level of assistance to patients suffering from Covid-19”.

None of this brings any joy to the hundreds of thousands suffering from other illnesses who have seen surgeries previously dubbed ‘urgent’ cancelled, with no recall date in sight.

Meantime, mathematical projections are taking the country’s death toll to 13,000 by the end of the month ‘come what may’.

“If confinement lasts for at least 60 days, normality could return before the summer”, says SIC citing data compiled by the Instituto Superior Técnico in which various scenarios are given on how numbers could play out.

‘A shorter confinement (15 days), would see 25,000 deaths in this country by the end of March, and pressure on the SNS health service continuing for another six months.

‘Intensive care units would be ‘chocabloc’ with as many as 750 patients in them.

‘A confinement of a month would bring deaths by the end of March down marginally (to around 22,500) but the pressure on the health service would continue’.

Experts are agreed that “great differences” would be felt if the lockdown lasted at least a month and a half; if all old people were vaccinated (not simply those in old people’s homes and units of continuous care), and if ‘quality masks’ and ‘rapid testing’ were brought in.

In this scenario, deaths by the end of March would still be around 20,000 – but pressure on the exhausted SNS health system would only prolong for another two months afterwards.

Mathematician Henrique Oliveira, working out of the Instituto Superior Técnico, says all projections see the country ‘free from the pandemic by July’. But if there is a 60-day confinement in place, this freedom could be attained by May.

Portugal hit the ‘worst in the world’ slot earlier this month (click here). To a certain extent it is confusing in that ‘deaths per million’ overall during the pandemic are not the worst in the world. (According to Público, Portugal is in fact in 24th place on the list of countries with most deaths per million). This week’s ranking refers solely to data for the previous seven days – and in this regard, the country is really not moving forwards despite being in the second week of a national lockdown.