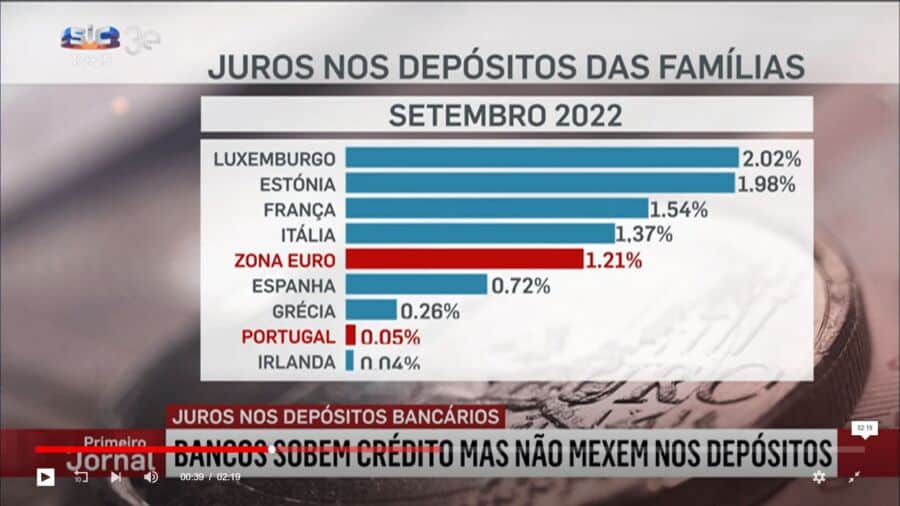 Interest rates are rising. In theory anyone with any money on deposit should start seeing this ‘increase’ accordingly – but not in Portugal. Portugal remains stolidly the second country in the eurozone where money on deposit in the bank means very little (or where interest on deposits remains ‘historically low’). Is this right? No, says the central bank governor. Will it change? It should. Television commentator Luís Marques Mendes explains Portuguese banks are currently acting “against the tendency in Europe”… France and Italy, for example, already pay “more than 1%”. Portugal is still on 0.05% – and very little fuss appears to be being made about it.